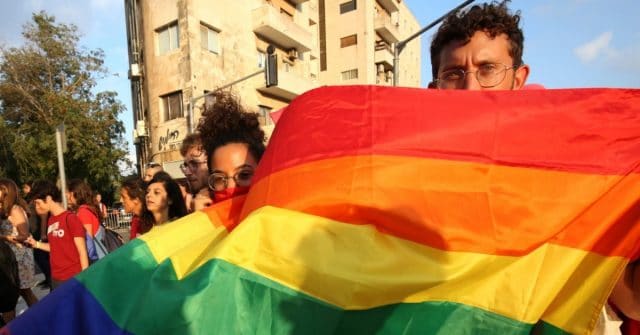 Jerusalem Chief Rabbi Aryeh Stern has called for rainbow flags not to be waved at the Jerusalem Pride march or hung along the parade route, in a letter to the city’s mayor.

Stern said the rainbow flags are “ugly” and the Pride march is a “disgrace,” in a formal letter sent to the mayor, Moshe Lion, on Monday (May 27).

“I know from the point of view of the law, the mayor has no ability to prevent the parade, and therefore I ask you to at least give a ruling for the flags not to be waved, as they make the city ugly,” Stern wrote.

Stern continued, “I trust you to act wisely to remove this disgrace from us, especially now in these holy days between Jerusalem Day and Shavuot,” the letter stated.

The letter, which was leaked to the press, also asked Lion to “spare us this embarrassment.”

But, in a statement, the Jerusalem Municipality said that the flags would be put up like in previous years ahead of the parade, in accordance with court rulings on the matter.

Jerusalem’s Pride march is due to be held on June 6.

Jerusalem Pride organisers spoke out on Monday against a police security plan that proposed Pride marchers would have to show ID.

The police proposed setting up security checkpoints around the parade route, with marchers required to show identity documents to pass.

But, in a social media post, the parade organisers said, “We are working with the police to clarify things, but we will say clearly now: No one will be stopped from entering without ID cards – we will not allow this to happen.”

Supporters raised fears that the requirement to show ID cards could discourage transgender people, Palestinian citizens and others who may be concerned about their identities being recorded from attending the march.

Last year, Stern also called for rainbow flags hung on the Pride march route to be taken down.