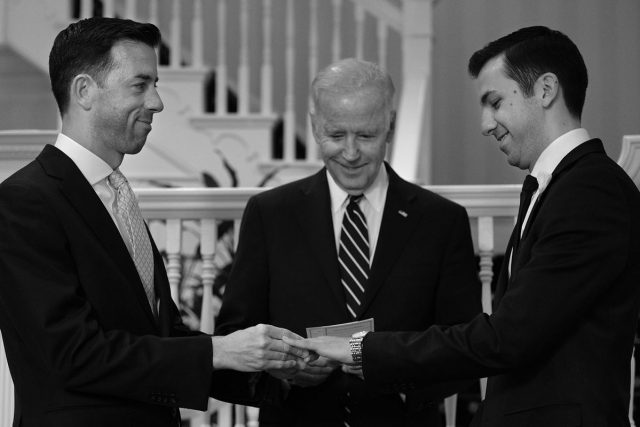 Biden shared the news on Twitter with a photo from the ceremony. He wrote:

Mosteller is the director of Oval Office operations while Mahshie is a trip coordinator for Michelle Obama.

Biden obtained a temporary certification from a District of Columbia in order to perform the ceremony.

Biden endorsed marriage equality in 2012 in a now-infamous interview on Meet the Press, putting him ahead of President Obama on the issue and sending The White House into a media tailspin at the time.

Watch a Wochit report on Biden marrying the two White House staffers, below. 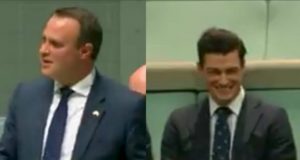 MP proposes to his boyfriend during Australia same-sex marriage debate

Nick Gayer
0
A gay Australian MP proposed to his long-term partner during a debate on legalising same-sex marriage. Tim Wilson, a Liberal MP, fought back tears as... 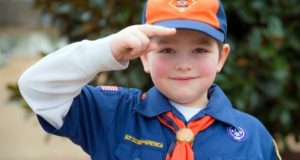 Hardware store worker to Boy Scout: ‘Get out! We don’t support...

Nick Gayer
0
A hardware store in Virginia is facing criticism after an employee there allegedly shouted homophobic remarks at a Boy Scout and his father. According to... 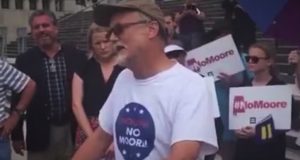 Ervin Brue
4
As a grieving husband delivered a speech remembering his late partner’s life, a Christian protester interrupted him to openly mock his grief with uncontrollable...