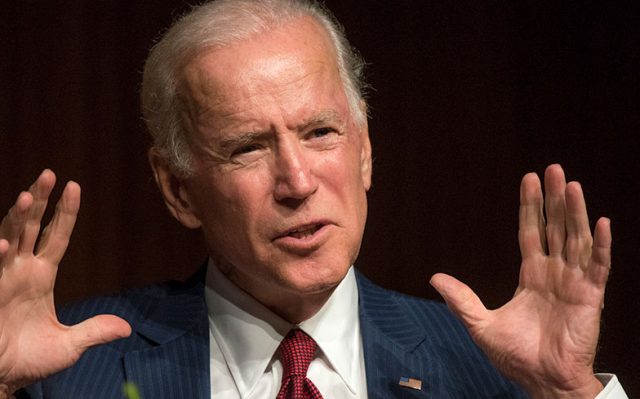 The Democratic presidential candidate blasted the Tr*mp administration during his speech, hitting out at his transgender military ban and for allowing workers in the medical field to refuse service to queer people.

“Instead of using the power of the executive branch to ensure justice, safety and dignity for all, this White House is literally a bully pulpit,” he told activists at the Human Rights Campaign’s annual gala in Ohio.

“He’s callously extending his power over the most vulnerable, implementing discriminatory policies, and the current VP uses religious freedom as an excuse to license discrimination across broad areas, denying LGBTQ Americans their basic rights.

He added: “It’s wrong and it is immoral what they’re doing. This is beyond the scope of anything we’ve remotely seen before. Just like with racial justice and women’s rights, we are seeing pushback against all the progress we’ve made towards equality.”

If Biden wins the White House next year, he said LGBTQ rights will be his top legislative priority.

“Now we need to elect a Democratic Senate that will pass it,” he said of the Equality Act. “I promise you, if I’m elected President, it will be the first thing I will ask to be done, because it will send a message not just at home but around the world.”

Biden also paid tribute to the five transgender women who have been murdered in the United States this year, and called for it to end. “It has to stop,” he passionately stated. “And the fastest way to end it is to end the Trump administration!”

The American politician previously served as Vice President of the United States from 2009 to 2017 under Barack Obama. In May 2012, he historically became the first highest ranking official to back same-sex marriage.

“All the civil rights, all the civil liberties. And quite frankly I don’t see much of a distinction beyond that.

“I think Will & Grace probably did more to educate the American public than almost anything anybody has done so far. People fear that is different and now they’re beginning to understand.”

Biden’s comments on the matter are often credited with advancing the course of the marriage equality movement.