Home Gay Stars John Barrowman: I was sacked from a TV show because I refused... 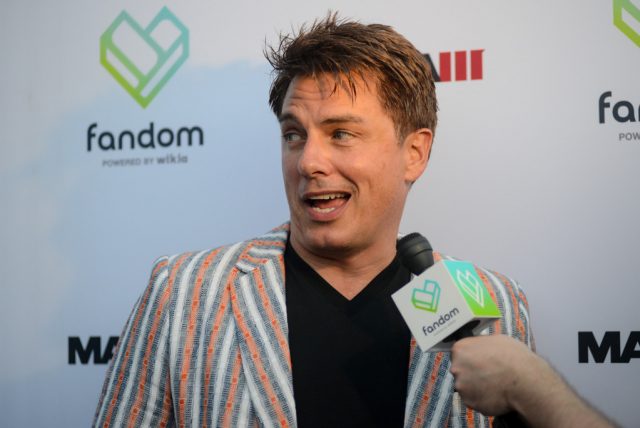 Arrow star John Barrowman has revealed that he was once sacked for refusing to hide his same-sex relationship.

The openly gay actor has risen to fame appearing in cult TV shows including Doctor Who, Torchwood, and most recently Arrow.
However, speaking on Loose Women today, he revealed that before his career took off, he faced pressure to stay in the closet from a TV production company.

Barrowman, who tied the knot with husband Scott Gill in 2013, revealed he was axed from 1990s US TV series Central Park West because he refused to keep his relationship a secret.

The actor, who played womaniser Peter on the primetime soap, recalled: The producers pulled me into the office and sat me down… these producers, one of them was gay himself, but they said they didn’t want me to talk about my boyfriend at the time, Scott, who I eventually married, and would you go back into the closet?

“I went back to Scott and said, I can’t do that. I can’t lie! For years I’d wanted to be myself and hid being gay for a period of time, and been bullied for certain things.

“My character was written out of the TV show and sent of to South America to get a face-lift. They [were meant to] come back as somebody else but the show was cancelled so [raspberry noise]!”

The Torchwood star recently showed off rather more than he expected during a live-stream with fans.

Barrowman was live-streaming a chat with fans from a Palm

Springs hot tub when his husband Scott Gill happened to get in too… completely naked.