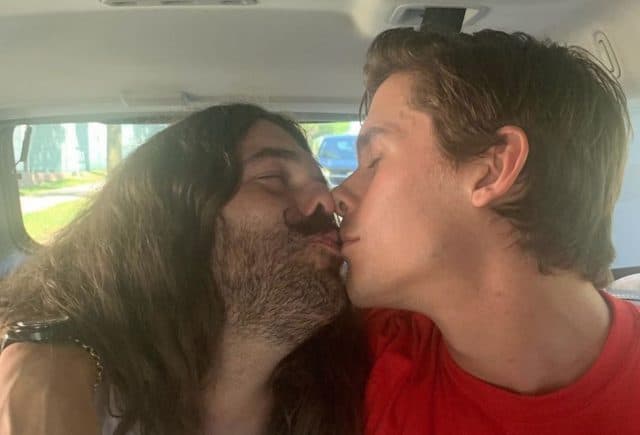 Everyone’s favorite mustache owner Jonathan Van Ness and avocado aficionado Antoni Porowski threw fans of the Fab 5 into a Fab 5 frenzy on the Fab Fourth of July after Antoni posted a picture of the two coworkers kissing along with the caption: “I guess Amurica’s birthday’s our anniversary, babe.” There was a heart emoji at the end for good measure, naturally.

But some things just aren’t meant to be. And a love connection between these two Queer Eye gurus just wasn’t in the stars.

And you know what they say? “If you don’t fall in love, just trick people into thinking you have. Because, hey, it’ll be amusing for a moment.” We’re not sure who said that exactly, but someone did.

Jonathan Van Ness waited until the next day to clear up the prank, posting another photo with the caption: “it was Antoni’s idea, but maybe someday we will fall in love.”