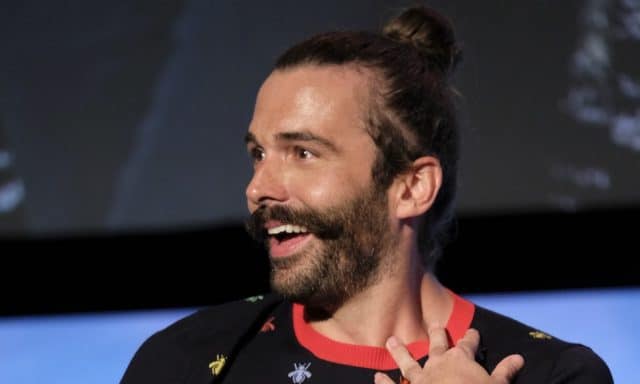 Jonathan and his new man (named Wilco Froneman) made their debut as a couple this past Monday night at the 70th Primetime Emmy Awards.

“Date nights are slightly more formal than anticipated….” the muscle-bound lad wrote about the fun evening ahead on Instagram.

Jonathan shared a similar photo before they hit up the red carpet that night with the caption “Love him @froners & my best friend @mookers77 for being there for me.” Aww!

His followers couldn’t get enough of their cuteness, leaving comments like “OMG congrats to you little lovebugs” and “Shake the internet why don’t you.”

Happy belated #nationaldogday ? from me and my babygirl @leja_bostonterrier to all the pup parents and anyone with a moment to spare for loving their furry friends.