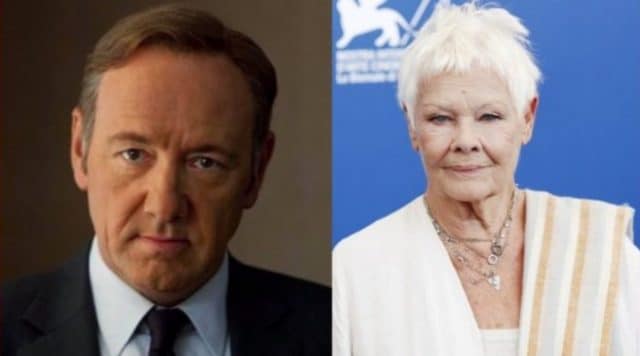 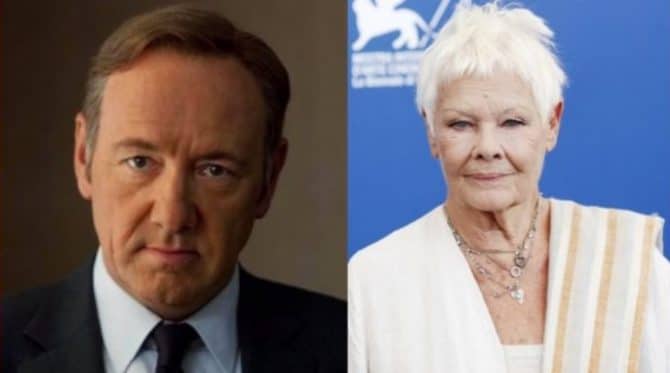 Oscar-winning actress Dame Judi Dench has stepped up to defend Harvey Weinstein and Kevin Spacey’s work. Both men have been accused of sexual misconduct.

The legend of stage and screen, noted for roles in Shakespeare in Love and as M in the James Bond films, has a long history working under Weinstein at Miramax Films, and with Spacey who held the position of Artistic Director at the Old Vic theatre in London. During that time Dench developed friendships with both men, as well as great admiration for their work.

Now the 84-year-old has pushed back against forces that would erase Spacey & Weinstein’s career achievements because of their personal behavior in an interview with popular British radio program Radio Times.

“What kind of agony is that?” Dench asked. “Are we going to negate 10 years at the Old Vic and everything that he did–how wonderful he’s been in all those films? Are we just not going to see all those films that Harvey produced? You cannot deny somebody a talent. You might as well never look at a Caravaggio painting. You might as well never have gone to see Noel Coward.”

The 16th-century painter Caravaggio killed a man in a barroom brawl, possibly over gambling debts. Noel Coward, lauded as one of the great dramatists of the 20th century, also had a reputation for improper flirting with younger men.

Weinstein, by contrast, has been accused of misconduct ranging from inappropriate remarks to rape by more than 100 women. Several men have also accused Spacey of harassment and improper behavior, including actor Anthony Rapp who has long alleged that Spacey tried to have sex with him when Rapp was only 14 years old.