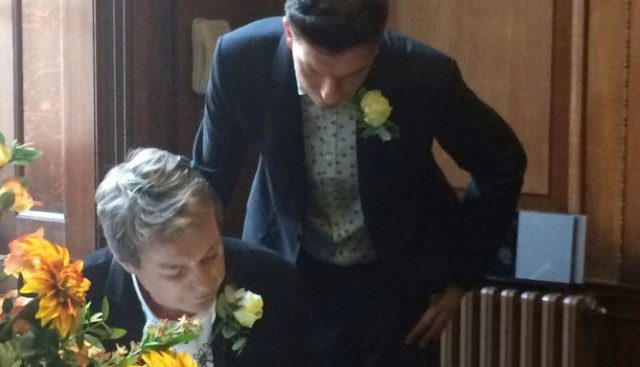 “He slipped his finger into my ring at last”.

There’s happy news to start the week after Julian Clary revealed that he married his partner Ian Mackley over the weekend.

The British comedian and Mackley, who have been in a relationship since 2005, wed in a private ceremony on Saturday.

Clary, 57, who has been touring the UK this year with his latest stand-up show The Joy of Mincing, announced the happy news on Twitter with characterisitic humour, writing:

“On Saturday he slipped his finger into my ring at last # married”.

On Saturday he slipped his finger into my ring at last. #married pic.twitter.com/nzJ5alaBm6

With Alan Carr having recently announced his own engagement, it looks like there soon won’t be any British comics left on the market for us. Graham Norton, we’re counting on you now.