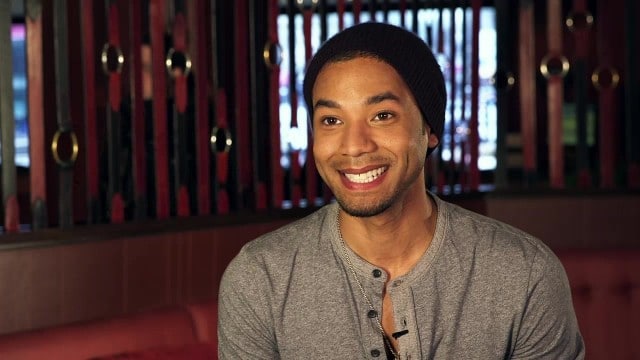 32-year-old, Empire star, Jussie Smollet has chosen to be honest about who he is despite being advised not to reveal his sexuality.

“I was told by two executives, ‘You know, maybe just wait. Just wait.’ My response was, ‘But they’re listening now,’” he revealed.

People were encouraging Jussie to keep his sexuality secret but the young Empire star did not want a career based on lying about who he loves.

“And if millions of people are listening, you should say something worth hearing. People were telling me, ‘Don’t do it.’ But I felt like, if I lose my career based on this, then I don’t need that career. I know damn well that this is the career for me, but I don’t know how to turn a blind eye,” Jussie revealed.

Jussie has ” an extremely open heart” and he thinks that love is not conditioned by gender, love just happens, and if it happens to be a man or a woman, that makes no difference.

“I would hope that people would not close themselves off from what could be if, lo and behold, you meet somebody that just sweeps you off your feet, and you just can’t do anything about it,” the 32-year-old in an interview. “If we truly believe that we are born this way, then why do we try to stifle the way we were born? If I fall in love down the road with a woman, I’m going to love that woman.”