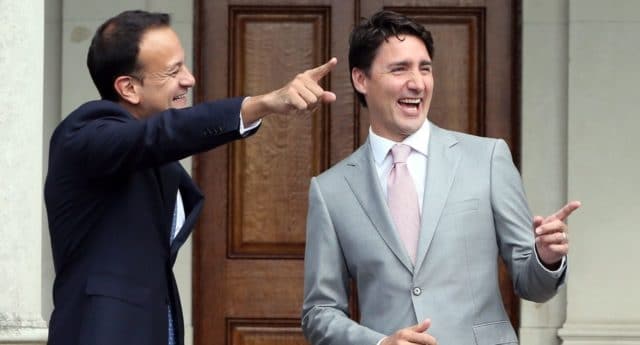 Leo Varadkar, the first gay leader of Ireland, has met with LGBT-friendly Canadian Prime Minister Justin Trudeau – and they were so happy together. 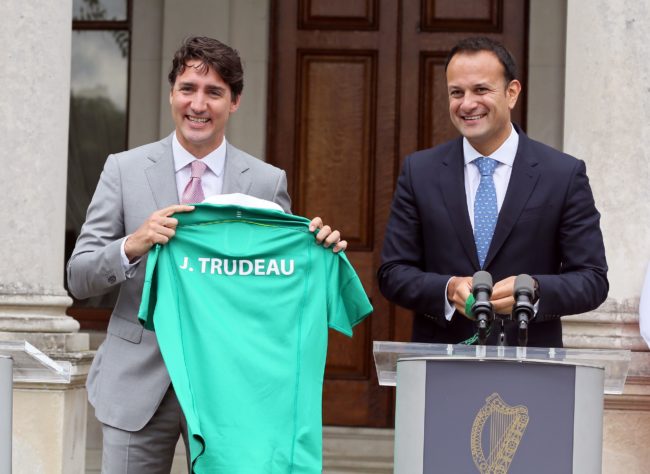 Prime Minister Trudeau met his youthful counterpart – the two leaders are 45 and 38, respectively – for the first time on a three-day trip to Ireland this week.

They were ostensibly there to talk about trade ahead of the G20 summit in Hamburg, but it seems like the two leaders hit it off.
Big time.

When Trudeau met French Prime Minister Emmanuel Macron, many Twitter users joked that the leaders – both straight and married to women – looked like a couple on a romantic wedding photoshoot.

And there was a similar air about the Trudeau with the Irish leader, as the two clearly enjoyed each other’s company while running, playing sports and presenting the other with national gifts.

The two were pictured joking and laughing at every opportunity – especially when Varadkar revealed that Trudeau wasn’t the only Prime Minister with a strong sock game. 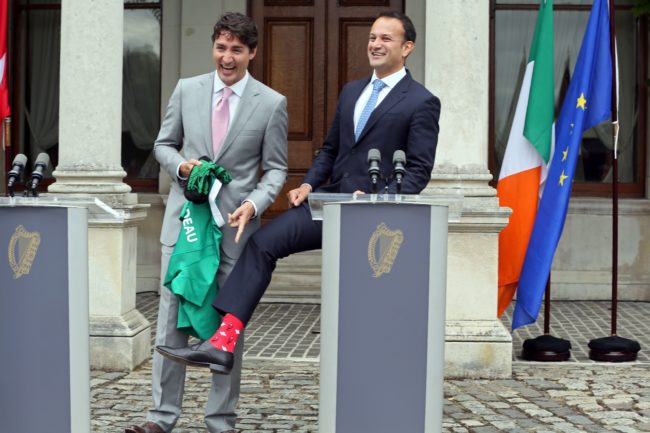 The Irish leader’s revelation that he was wearing Canadian socks – complete with mounties and maple leaves – made Trudeau ridiculously happy.

The Canadian leader is of course notorious for his excellent sock choices, having worn socks to Toronto Pride which simultaneously celebrated the LGBT community and Ramadan.

He also graced the previous Prime Minister Enda Kenny with C-3PO and R2D2-themed socks in honour of Star Wars Day when the two met in Montreal on May 4. 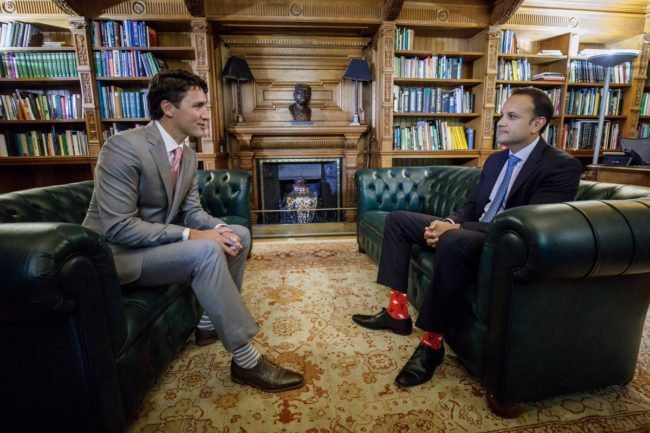 Varadkar was able to score one for the Irish with his sock choice, and also made moves to level the playing field in terms of female representation in parliament.

He asked Trudeau for advice about establishing gender equality, explaining to the Irish Examiner that his party Fine Gael “already has more female TDs than any other party at 11, but I want it to be much higher”. 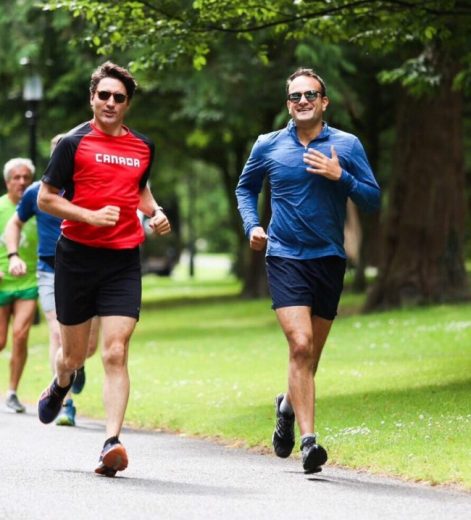 “I would like it to be 50/50 and at least 20 after the next election, thus giving me more scope to promote even more women than are promoted already,” he added. 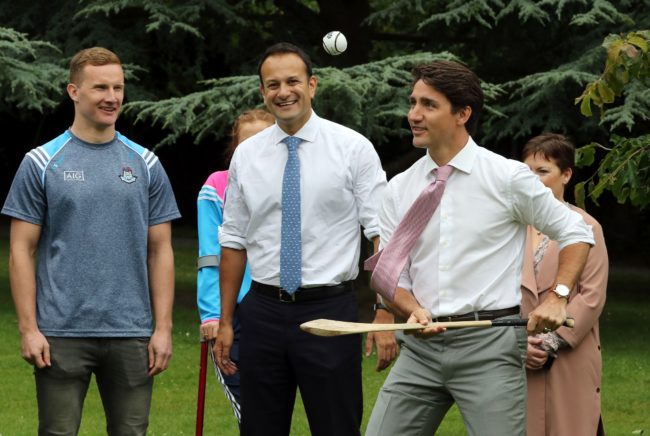 “You ask a man to run for politics and his first question is: ‘What took you so long to ask me?’” 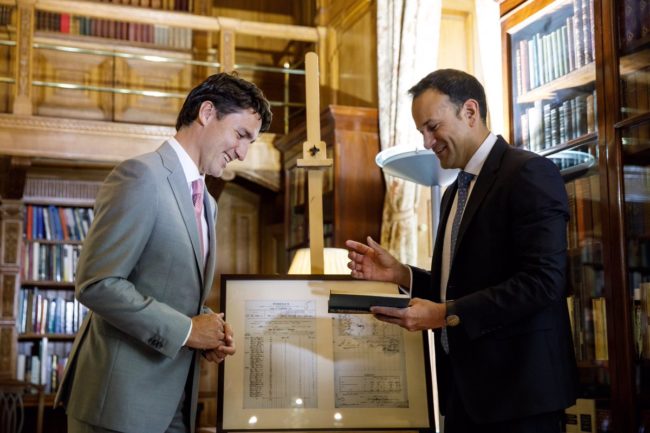 The leaders also discussed trade between the two countries.