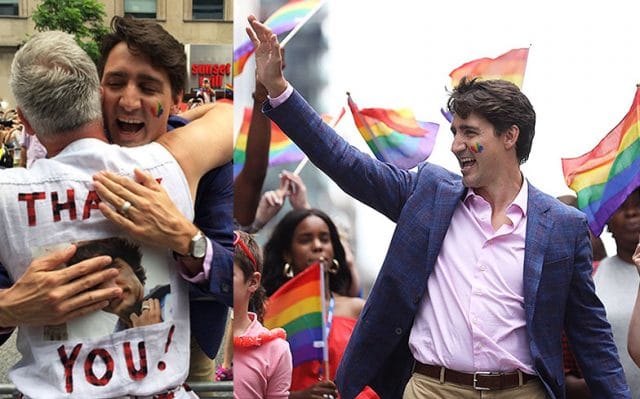 “We celebrate the multiple layers of identities that make Canada extraordinary and strong.”

Canadian PM Justin Trudeau has joined the celebrations at Pride once again – this time at Toronto Pride 2017.

Greeting spectators and those marching in the parade, it seems nothing was stopping the political figurehead from celebrating the power of equality with those from across the LGBT+ community. Shaking hands, waving and even the occasional hug, it was big smiles from Justin.

The PM even found time to paint a rainbow flag onto his face before walking along the city route. Isn’t he cute?

Speaking before the parade began, the PM said: “We celebrate the multiple layers of identities that make Canada extraordinary and strong. 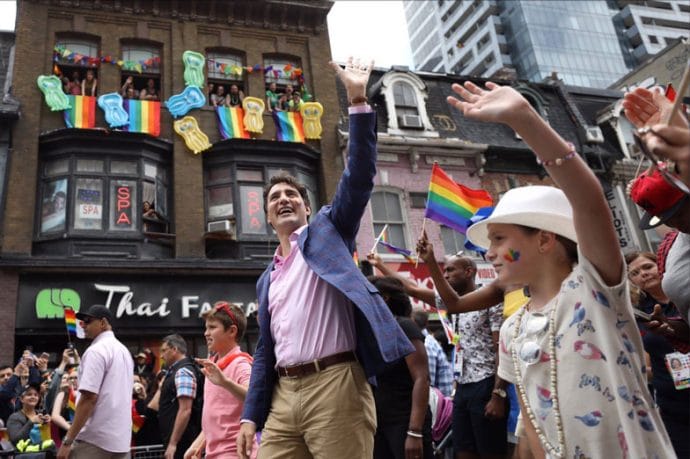 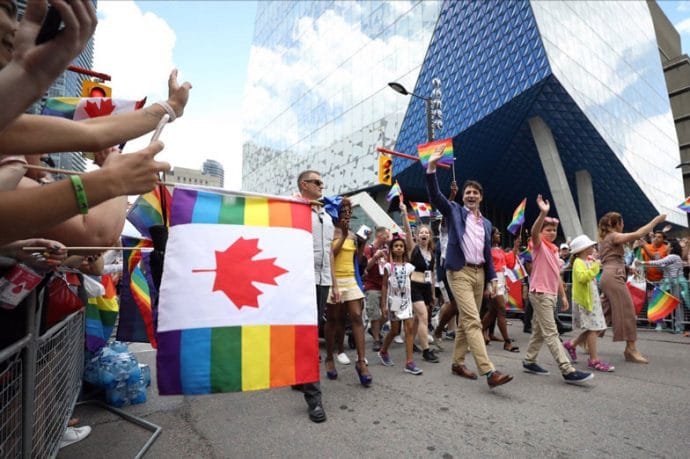 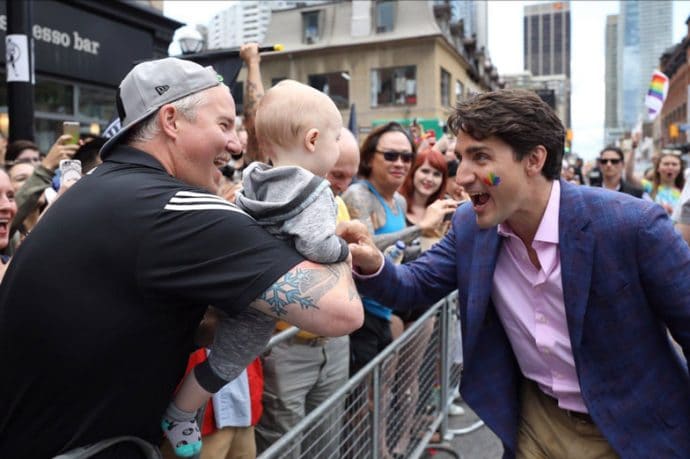 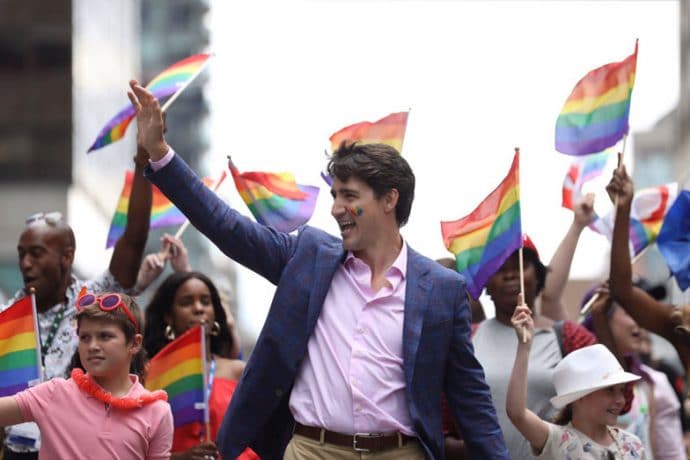 He was also joined by Bill Morneau who is Canada’s Minister of Finance.

It's the most fun you can have in Toronto, and certainly the best way to wrap up a fantastic #PrideMonth! Happy Pride! pic.twitter.com/ciAXbykkOd

Justin later posted about the celebrations on his official social media platforms under the title “Love is love. Love is love.”

He even streamed his march during the parade on Facebook Live, too!

The Pride festivities continued all day, but there was one man on everybody’s lips…

They marched in the @PrideToronto parade as a family. ??Prime Minister @JustinTrudeau his wife, Sophie Grégoire, and children. pic.twitter.com/0nboKpqbAt

Wonder Woman is on site for #Prideto #toronto @PrideToronto pic.twitter.com/t4cWuKZlMG

The prime minister of Canada, Justin Trudeau, walking at the head of the Toronto Pride Parade. ?? ?️‍? pic.twitter.com/iCoy8rpdES

At @mcctoronto's Faith + Pride service this morning – thanks to Reverend Hawkes for an inspiring service & all the best in your retirement. pic.twitter.com/c1tUvSGVRX