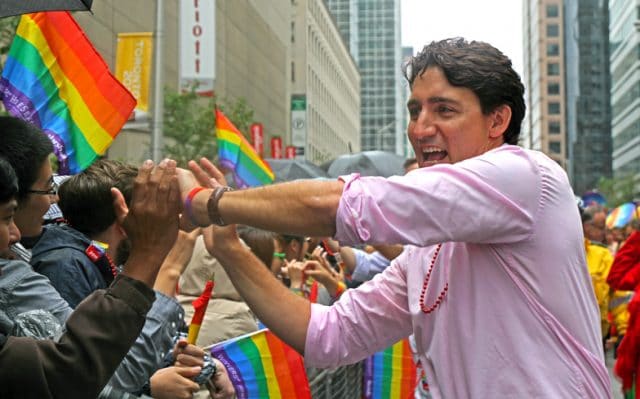 Justin Trudeau has suggested that world leaders have a duty to attend Pride events.

The Canadian leader, who is a strong supporter of the LGBT+ community, attended his latest Pride parade over the weekend in Halifax, where he marched through the streets with his wife and kids and took photos with drag queens.

He became the first sitting PM in Canada to ever walk in the Halifax parade, but it’s not the first time that he’s made such history, as he was also the first person to march the Toronto Pride last year. He also attended the event this year.

However, Justin said he is looking forward to a time when it is not uncommon that he, or any other world leader, attends Pride. In fact, he thinks it should be “expected” of them.

“I’m very much looking forward to getting that over with so there won’t be any more firsts,” he told reports, “and that it just be expected that prime ministers, when their schedules allow, march in Pride parades across the country.”

The liberal leader wants to make it very clear that his government believes in equality and equal treatment for everyone in Canada – he recently vowed to erase all convictions that were made under historic anti-gay laws.

No one knows whether Trudeau’s actions supporting the LGBT+ community are actually going to influence other world leaders, but we support him in his movement to get more important people worldwide involved show their support.