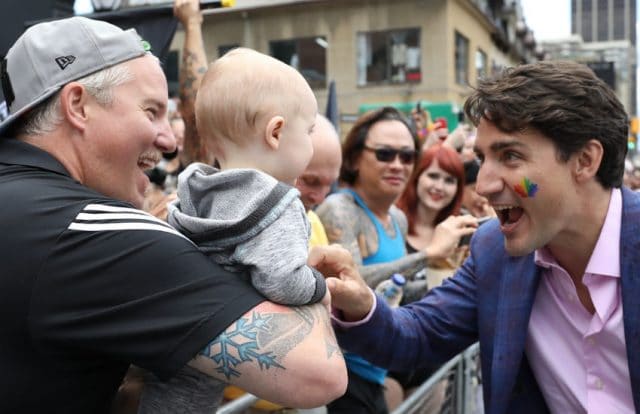 While Trudeau opted for Superman, his wife Sophie and daughter Ella-Grace both wore Wonder Woman costumes and his other son Xavier dressed as a werewolf.

The official fandom website describes Skye as the first female member of the PAW Patrol, who rides a helicopter and ‘always makes her landings graceful with flips.’

In a press conference, Trudeau said: ‘He [Hadrien] insisted on being Skye. And that’s fine with us.’ 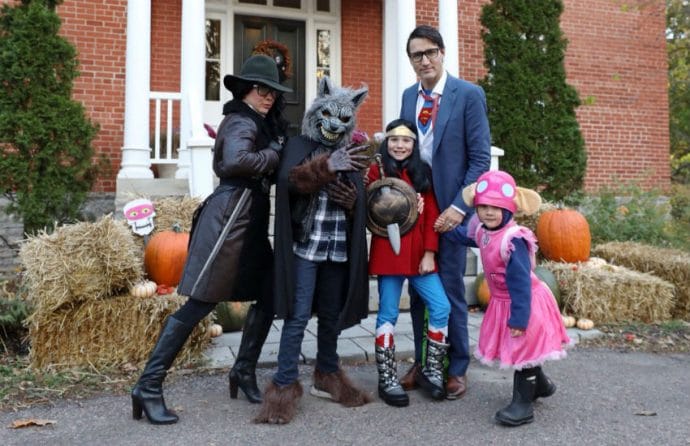 Anthony Oliveira on Twitter said: ‘I didn’t want to make this like a headline yesterday but I think it is rad as hell Trudeau made zero fuss about his son’s pink princess dress.’

Another wrote: ‘Justin Trudeau let his son dress in a pink dress for halloween and I think there are a few parents who could take a page out of his book.’

Lacelle Ethier wrote on Facebook: ‘Most parents would say no you are a boy and you can’t be Skye because she’s a girl and pink!

Kudos to you! Great costumes!’

Justin Trudeau has a huge commitment to LGBTI equality.

This year, he marched in Montreal Pride, alongside out gay leader of Ireland Leo Varadkar.

He also marched in Toronto Pride and Halifax Pride this year, for the first time in the latter.