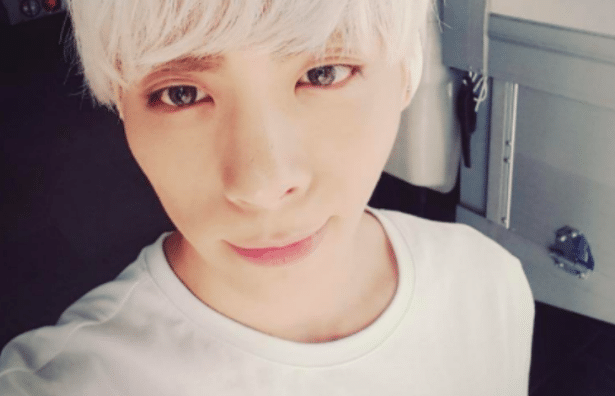 A K-Pop star who is known for supporting the LGBTI community has passed away.

Jong Hyun was a member of South Korean pop group SHINee.
The singer was at his rented apartment in southern Seoul, South Korea.

Gangnam Police said they received a phone call from his sister at 4:42pm (local time).

Jong Hyun reportedly sent his sister a number of messages with his ‘last goodbye.’

Medics arrived at the apartment to find him unconscious.
A frying pan full of burning coal was found near his body. Police are investigating and treating the incident as a suspected suicide.

They rushed him to the hospital and performed CPR, but was pronounced dead on arrival.

Gangnam Police said in a statement: ‘On Dec. 18, 2017 at 4:42 PM (local time) Jonghyun’s older sister reported to police that her brother was about to commit suicide,

‘We went to his residence in Chungdam and discovered that he had attempted to commit suicide with brown coal briquettes lit inside a frying pan.

‘Emergency responders were with us at the time so we rushed him to the Konkuk University Hospital in a state of cardiac arrest.’

SM Entertainment are the record label and talent agency who represent SHINee.

They confirmed the singer’s death in a statement.

SM Entertainment said: ‘Our sadness cannot compare to the pain of his family, who had to say goodbye to a son and a brother.

‘But we have spent a long time with him, and the SHINee members along with the SM Entertainment staff are all in deep mourning and shock.’

They explained his funeral would be a private event to only be attended by his family, friends and colleagues.

Trolls attacked the singer in 2013 for openly supporting an LGBTI student.

Students took to the streets to protest against the state of current affairs.

The name of the demonstrations were: ‘How are you? I am not alright.’

One particular poster by a bisexual trans student stood out to Jong Hyun.

He made this students poster his profile picture on Twitter.
The sign explained the students frustration at the treatment of LGBTI people in Korea.

He also sent a direct message to the student saying: ‘I am sending these messages for fear of the damage or attention caused to you by my tweet that you may not want. I support you.

‘As an entertainer, as a minority in a different definition who deals with the public, I feel a great sense of loss in this world where we don’t admit differences. Of course, this can’t be comparable to your feeling.

‘I support you shouting squarely that difference isn’t wrong. I don’t think you are a person who needs other’s consolation or concern. You are as strong as much. I wish you stay healthy, and have a warm end of the year.’

Jong Hyun has also been open about his mental health struggles in the past.

In an interview with Esquire Korea, he recalled an incidence where he broke down crying to his mother and sister.

The singer told the interviewer: ‘I told them while sobbing, “I want to be happy too.” Then I felt like I’d done my mom and sister wrong. But ever since then, I started contemplating about happiness.

‘For about six months, I pondered specifically over what I would need to do in order to become happy.’