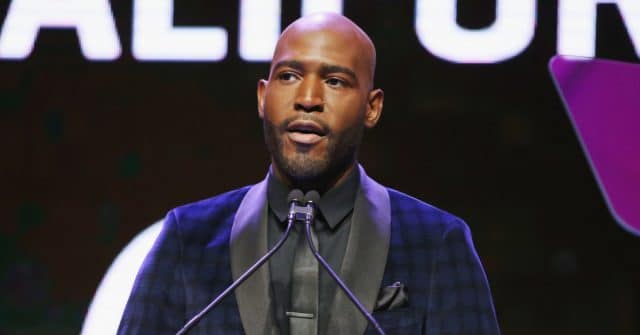 Fans of the show will be familiar with Brown and his one-on-one sessions helping heroes heal and find their confidence.

While shooting the four episodes in Japan earlier this year, he found he could achieve the same level of intimacy with heroes in Japan, despite the language barrier.

“You realise very quickly that if you give people the space and permission to express what they’re feeling, sometimes you don’t have to say the words,” he tells PinkNews.

“There were some times where I would literally just sit and look at someone, and they would tell me they had never had anyone looking at them in the eyes at all. It opened up a slew of great emotion that kept pouring out,” he continues. “I didn’t have any issue with the language barrier at all because the language that I was speaking with was love and empathy.”

Having overcome the challenge of inter-cultural communication, Brown is now looking to score a new first in his career—speaking at a commencement ceremony.

Brown will deliver his first-ever commencement speech to the graduating class of 2019 at Chaffey College, one of the oldest public community colleges in California.

The opportunity to address the students at the event scheduled for May 23 was made possible via a partnership between the Queer Eye star, the college and the chewing gum brand Extra, which is also donating $50,000 to Chaffey College to support ongoing efforts by the students and school making an impact in their community.

Brown hopes to use his speech to reinforce the message that change starts from small gestures.

Brown also wants the students to understand the power that comes from being part of a community and using resources within that community to achieve change for the better.

He says: “Just being an African-American man and also being a black man I understand what it is to be part of a community and realise when we band together and we each do our part, whether small or big, that’s when we see major change. It helps everyone to understand we are all part of some community, that if we use what we have, use our identities to create some small step, we will be creating that building block for others to walk on and follow.”

Brown knows a thing or two about being a change-maker. He made TV history as the first openly gay African-American male to star on The Real World: Philadelphia and, before working on Netflix’s Queer Eye, he spent a decade as a social worker.

Last week, Brown spoke to lawmakers on Capitol Hill in support of a bill that would ban discrimination against LGBT+ parents in the foster care and adoption process—an experience Brown knows first-hand, having become a father of two after adopting his son Jason’s half brother Chris.

To this day, his biggest source of inspiration are people who, in spite of their circumstances, decide to make a difference in their community.

“My inspiration comes from the growth in everyday people that I see,” he says, “That is what fuels me to say, if one person can do it, then we can all take a chance.”