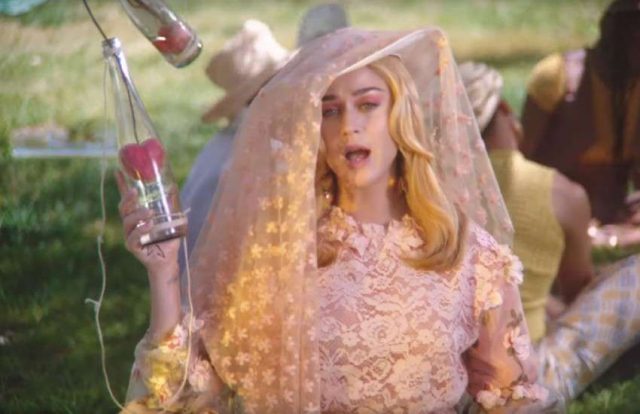 Katy Perry has blessed her fans with single Never Really Over, her first song after a brief hiatus from music.

The track released on 31 May is an upbeat anthem about on-off relationships, perfectly grasping the crazy ride of breaking up and getting back together with someone.

The flower power video will give you 70s nostalgia vibes.

In the colorful, dreamlike four-minute clip, the Roar singer checks into a heartbreak facility. She turns into a romance shaman, trying to mend her broken heart through therapy sessions and dancing in open fields.

The chorus focuses on the moment when one’s mind goes to a former lover years after calling it quits.

Many are speculating may be referring to her own romance with English actor Orlando Bloom. The two were on-off initially before he proposed in February 2019.

Earlier this month, it has been reported that Perry and Bloom would for potential Democrat presidential candidate Pete Buttigieg.

This would confirm any bad blood between the two singers is nothing but a memory. The two pop stars were formerly in a feud that had stemmed from an issue with the dancers on their tours.