Home Gay Life Kelsey Louie is determined to end the AIDS epidemic once and for... 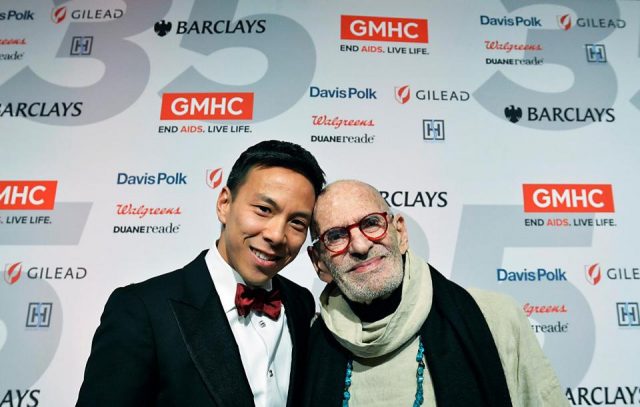 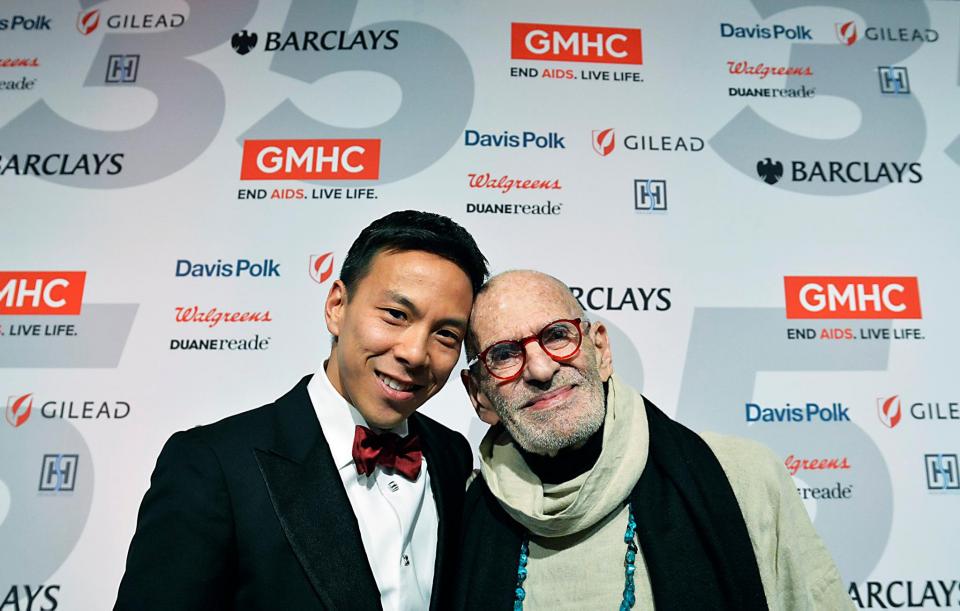 As a kid, Kelsey Louie dreamed of one day becoming a doctor. In college at NYU, he realized he could impact people’s well-being in another way: as a social worker. And that’s just what he did, spending the first seven years of his career at Harlem United Community AIDS Center, eventually becoming the non-profit’s chief operating officer. Then, in 2014, at the relatively tender age of 39, he was recruited to become CEO of the iconic Gay Mean’s Health Crisis (GMHC), the world’s oldest and foremost organization focused on HIV/AIDS care, prevention, and advocacy.

GMHC was founded in 1981 when a handful of frightened and angry young men gathered in writer Larry Kramer‘s Manhattan apartment to talk about the “gay cancer” that was mysteriously killing their friends, and what they could do about it. One of the first things they did was set up a crisis hotline in cofounder Rodger McFarlane’s apartment, which got more than a hundred calls on its first night in operation. From those humble beginnings, GMHC grew to currently serve 13,000 people in New York City, offering testing, counseling, legal support, housing, mental health services, and more.

In the process, GMHC suffered its own growing pains, first when Kramer suddenly fled the organization in 1983 in favor of a more radical approach with another group he co-founded, ACT UP (the AIDS Coalition to Unleash Power), and more recently when one CEO was ousted due to concerns over spending, especially for the non-profit’s sleek new Midtown headquarters.

Louie knew it wouldn’t be easy to take the mantle of such a venerable and at times controversial organization. And when he attended the 2014 world premiere of The Normal Heart, a Kramer biopic detailing the early days of the epidemic, he realized what a huge responsibility he’d undertaken.

So Louie rolled up his sleeves and got to work: scaling back the new office space to save money, using data analysis to modernize the GMHC’s processes, listening both to clients and to longtime staffers about what needed to change, and signing on to Gov. Andrew Cuomo’s task force to end the AIDS epidemic in New York State by 2020. (If you’re asking, “What epidemic?” when there are so many people still getting infected and sick then you’re beginning to understand the challenge Louie is facing.)

The task force’s goal is to reduce the number of new HIV infections in New York from 3,000 per year to 750, thus achieving the first-ever decrease in HIV prevalence in New York State. Yes, you read that correctly.

To succeed, the tasks force is focused on identifying those infected, suppressing their viral load to halt transmission, and simultaneously getting more of those at risk onto the PrEP prophylactic regimen which effectively cuts the risk of transmission ot zero. To this end, GMHC hosts panels, workshops, and education on the revolutionary effectiveness of PrEP.

On a more personal note, Louie, who came out at age 19, lives in Manhattan with his partner.

We admire anyone working to prevent, treat, and support those living with HIV/AIDS, but what we really like about Louie is the millennial attitude he brings to the task: using the power of technology, making the non-profit more transparent, and listening to the folks on the front lines. His humble but decisive approach led to perhaps his boldest move: inviting Larry Kramer back into the GMHC fold after decades of estrangement. As Louie told NBC:

While the rest of the world assumes HIV/AIDS is a thing of the past, Louie is here to remind us that the disease is still out there—statistically, 25 percent of Latino MSM and 50 percent of black MSM will contract HIV during their lifetime—and that complacency is our enemy. As he told PLUS Magazine: