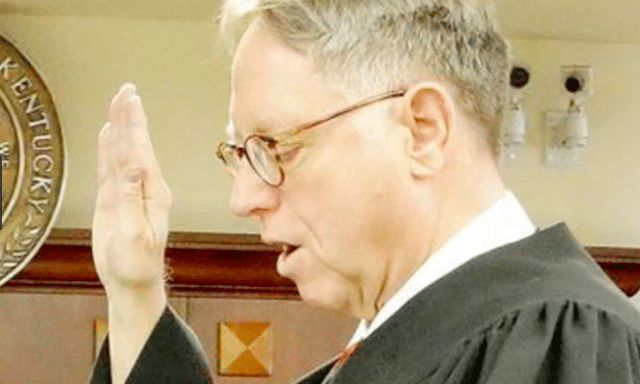 A Kentucky family court judge who refused to hear adoption cases involving LGBT parents has been found guilty by the state Judicial Conduct Commission, according to the Courier Journal.

Nance made headlines back in April when he announced that he would no longer hear adoption cases that involved gay parents, saying that it went against the child’s well being.

From the Courier Journal:

The commission, which investigates complaints of judicial misconduct and wrongdoing, charged Nance in September with multiple violations of judicial ethics rules, including those banning bias or prejudice based on sexual orientation.

The public reprimand released Tuesday notes that the Kentucky code of judicial conduct requires judges to “fairly and impartially decide cases according to the law.”

It cited canons requiring judges to promote public confidence in the integrity and impartiality of the judiciary and prohibiting prejudice based upon race, sex, religion, national original, disability, age, sexual orientation or socioeconomic status, among others.

According to Nance’s attorneys, the prospect of same-sex parents presented a “unique crisis of conscience” for Nance, who has a “sincerely held religious belief that the divinely created order of nature is that each human being has a male parent and a female parent.”

Nance’s resignation was due to be effective this Saturday, but the order released on Tuesday requires him to be removed before then.