Home Gay Life Kentucky teacher came out as bisexual to stop a student’s suicide. Then... 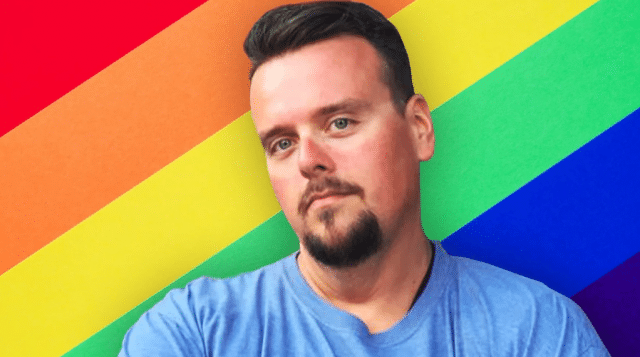 Nicholas Breiner hadn’t even told his family on April 7, 2017, when he came out on Instagram and told the world — more particularly, his students — that he was bisexual.

He spoke up because one of his students, struggling with her own sexuality, had told a friend that she was going to kill herself. “I couldn’t help but wonder how many students I had that were in a similar situation to that student; feeling completely alone and nearing that irreversible decision,” he said recently.

Three days after he posted on Instagram, he said he was hauled into his principal’s office, questioned about his sexuality by a deputy school superintendent, and warned to keep his sexual preferences to himself. A month later, he was told that his contract with the Montgomery County Public Schools was not being renewed.

Joe Gerth: I have zero experience with a handgun. But Kentucky says I can carry a concealed weapon.

It’s impossible to tell why Breiner was fired at McNabb. In a letter a month and a half after he was let go, Superintendent Matthew Thompson wrote him saying it was because of his teaching technique, lack of classroom management and that he failed to post grades in a timely manner.

But Thompson declined to provide items such as annual evaluations from Breiner’s personnel file that might show if there were ongoing concerns, and there were no letters of reprimand in his file suggesting there was a problem.

Even if the school district acknowledged that Breiner was cut loose because he’s bisexual, there may not be much, if anything, he can do about it.

Kentucky civil rights law doesn’t prohibit discrimination against people because of sexual orientation, and Mount Sterling — where Breiner taught at McNabb — isn’t one of 10 cities in the state that offers civil rights protections to LGBTQ people.

None of that seems likely to change soon, either.

State Sen. Morgan McGarvey said the bill he’s filed in the Senate that would extend civil rights protections based on sexual orientation statewide probably won’t get a hearing. It’s doubtful a similar bill in the House will move either.

This episode must be chilling for any teacher who, like Breiner, is wrestling with coming out to help students who are struggling with their own sexuality and are perhaps facing parents who just won’t accept who their children are.

That’s how this whole episode started.

Sometime around the end of March of 2017, one of Breiner’s students told him that she was a lesbian and that her parents weren’t taking it very well.

“Over spring break of 2017, I received a frantic text from another student who had just received this young lady’s suicide note. I rushed out to her house with police and, thankfully, we got to her in time,” he said recently.

“If she knew long before that I, a teacher she liked and had a good relationship with, knew exactly what she was feeling, would she have gotten to that point? It’s impossible to know but, with the possibility that I could save even a single life, I could no longer ethically stay in the closet. I needed to value my students’ safety and well-being over my own privacy,” he said.

So, he hopped on Instagram and posted the message he believes got him fired. Here’s what it said:

“I honestly never intended to come out. I’ve known I was bi for years but, as far as I was concerned, that was nobody’s business but my own. It’s something I have never pursued and, honestly, likely never will. A couple of weeks ago, however, I was working with a person who was struggling. This was partially due to their orientation. I felt that they needed to know there was someone in the room that understood and supported them, regardless of who they were. As terrifying as it was to admit, I had to value someone else’s well-being over my own privacy. After a lot of support from people I decided that 30 years was long enough to wait. Hey world, I am what I am.”

On the first day back to school after spring break, another teacher was sent to monitor Breiner’s class and he, like a chastened school boy, was sent to the office.

“I was cautioned about being open with my sexuality in a small Eastern Kentucky town. That a number of parents were concerned that I would be actively trying to change their children’s religious beliefs,” he said.

Since then, Breiner said he has intervened in 17 cases of young people who were considering suicide, many of whom were conflicted about their sexuality. Some of his former students who are part of the LGBTQ community have urged to him to continue what he’s doing, he said.

That includes pursuing a federal lawsuit against Montgomery County schools.

He’s appealing Caldwell’s ruling. The federal Equal Employment Opportunity Commission has ruled sexual orientation is protected under federal law that bars discrimination based on sex, but the U.S. Supreme Court hasn’t weighed in.

Breiner found a job working at Tates Creek Middle School in Lexington the following year, but said he was laid off after one year because of budget cuts. Since then, he’s been acting professionally and trying to launch a nonprofit acting company.

If he was fired because he came out as bisexual, that’s just wrong. Why wouldn’t you want a teacher who was willing to put his or her job — and privacy — on the line to help students?

There needs to be a law protecting people like that. They’ve got them in 24 other states.