The victims reportedly met his killer via a personals ad.

The alleged killer of a gay man in Spain has been arrested, 18 years after he brutally killed his victim and scrawled “Hitler was right!” in blood on the wall.

In 2000, a gay Barcelona man named Vitervo met up with another man he met via a personals ad. Authorities believe the two met at Montgat train station before going out for drinks. They returned to Vitervo’s home, which he shared with an elderly man in his care. Vitervo was found hours later, stabbed to death and lying naked in a pool of blood with a fake flower wrapped around his ear.

On the wall written in his blood was the phrase “Hitler tenia razon,” or “Hitler was right,” and “KKK.” 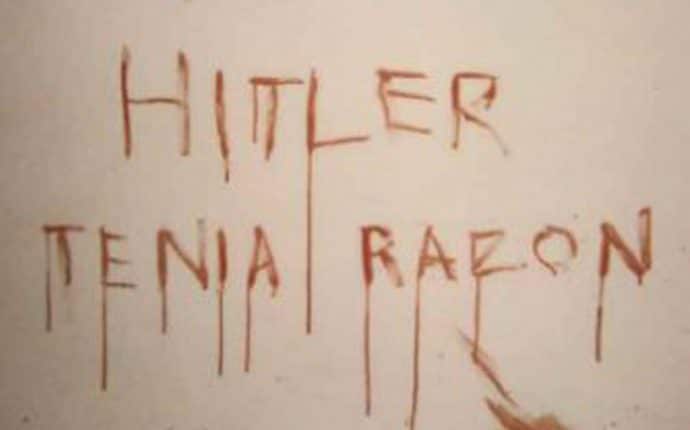 Police were left with little to go on for three years, when Vitervo’s cousin received an anonymous phone call from someone who played a recording of him pleading with his killer. The killer was believed to be connected to drug trafficking but the trail went dead again until 2016, when a judge ordered the case reopened.

Authorities zeroed in on a suspect who had been accused of sexual harassment and assault numerous times before leaving Spain to return home to Colombia. Like Vitervo’s killer, he had a history of going out with someone for drinks, then threatening them with a knife. (One woman said she pleaded for her life while he was attacked her.)

Police tracked the man by tracing a phone number for the hookup ad Vitervo responded to four days before his death. According to reports, the unnamed suspect was a soldier in Colombia before enlisting in the Spanish army. Acquaintances also claim he was a Nazi supporter and bragged of killing a gay man in Barcelona.

He is now awaiting extradition to face trial in Spain.