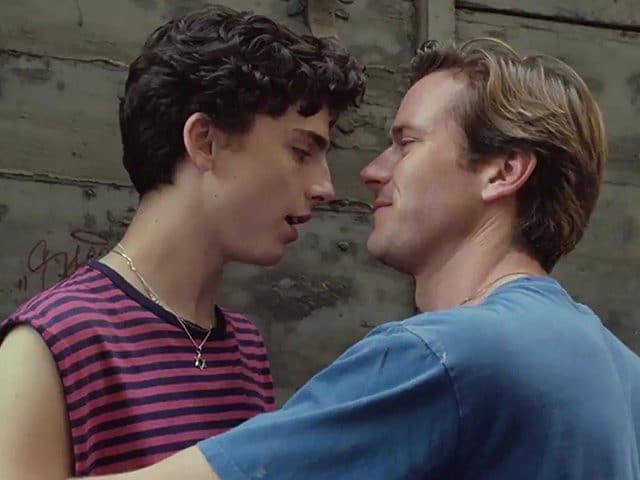 The Los Angeles Film Critics Association has named Call Me By Your Name its 2017 Best Picture winner, with the film’s young star Timothée Chalamet also picking up Best Actor as the independent gay romantic drama added to its early awards-season haul Saturday.

Supporting actor honors went to Willem Dafoe and Laurie Metcalf, for their roles in The Florida Project and Lady Bird, respectively, while Key and Peele star Jordan Peele’s smash hit horror film, Get Out, picked up Best Screenplay.

Call Me By Your Name — which also earned Best Picture honors at the Gotham Awards last week — stars the 21-year-old Chalamet as Elio, a 17-year-old music prodigy who meets and quickly falls in love with his father’s 24-year-old research assistant Oliver (Armie Hammer) at his parents’ Italian villa over the course of the summer of 1983. The film has picked up steady awards buzz since its premiere at the Sundance Film Festival last year, and is a favorite to earn recognition in major categories when Oscar nominations are announced in January.

While critics have continued to rave about the film, and particularly Chalamet’s performance (he could become the youngest-ever Best Actor winner), others have called attention to the film’s positive depiction of a sexual relationship involving an underage teenager, with its release coming as Hollywood has been engulfed by a widespread sexual abuse scandal.

Writing for Slate, Jeffrey Bloomer says that while he views the film as an “urgent and beautiful story of discovery,” some viewers would likely be disturbed by its depiction of the relationship.

Bloomer adds that the age gap between the characters in the film “will give pause to more people than right-wing trolls—it did to my progressive companion at an early screening—and it does the film no favors to pretend it’s not a question worth exploring.”

Meanwhile, writer Chad Felix Greene explained that the problem was not with the age gap between the film’s lead characters, but with the “larger message” the film sends to LGBT teenagers.

“It is more than just a movie or a book. It is a cultural message to teenagers to seek out adult partners and romanticize relationships they are not yet able to manage,” he writes. “It normalizes the idea to such an extent people cannot grasp why it would be wrong at all. It justifies legality as a measure of morality and it perpetuates the very ‘gay men prey on teens’ stigma LGBT are driven to fight.”

Still others criticized the film for not doing enough with its central relationship.

In his review of the film, The New Yorker‘s Richard Brody criticized Guadagnino for what he called the director’s “blinkered and sanitized point of view.”

“The intimacy of Elio and Oliver is matched by very little cinematic intimacy,” Brody writes. “There are a few brief images of bodies intertwined, some just-offscreen or cannily framed sex, but no real proximity, almost no closeups, no tactile sense, no point of view of either character toward the other.”

Call Me By Your Name opened just before Thanksgiving on four screens and earned $404,874 in its opening weekend, giving the Sony Pictures Classic release the highest per-theater average of 2017. 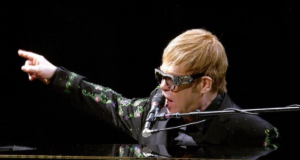 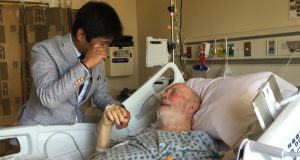 Nick Gayer
0
Theirs is a love story for the ages. It began at first sight and has lasted throughout the decades. It has now grown stronger, despite illness and... 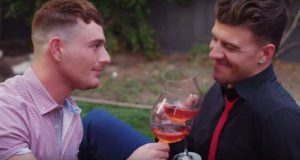 Brent Corrigan & JJ Knight Give Us A Lesson In Romance...

Nick Gayer
0
Tis the season for love and lust and all that jazz. With Valentine's Day just around the corner, some of us are in need...