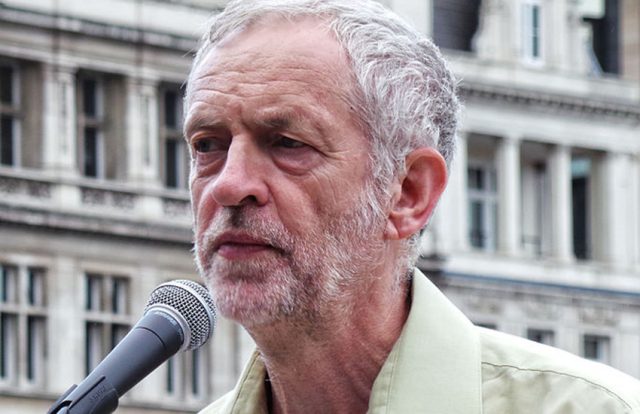 He was speaking at the launch of LGBT History Month

Labour leader Jeremy Corbyn is being slammed for saying ‘people have chosen to be gay’ at a LGBT event.

The leader of the opposition made a speech at the LGBT History Month launch at parliament yesterday that saw many politicians, activists and other members of the LGBTI community join together.

Towards the end of a 10 minute speech, Corbyn referred to the lives of people who suffered abuse by homophobic laws like Oscar Wilde and Alan Turing.

Recently the UK government voted to posthumously pardon any man who was given a criminal record for a gay sex crime that would be considered legal today.

‘We’re with you, we’re in solidarity with you. Your triumphs are our triumphs. Our defense of you is a defense of all of humanity,’ Corbyn said.

You can watch the video on Guido Fawkes.

Following the speech, Corbyn did not apologize. After he spoke, it is believed he left the launch for around 10 minutes before coming back to the event to speak to a few people and take photos. People were outraged by the clip online, with one saying: ‘Gay is not a choice. Corbyn get it right!’

Another said: ‘It wasn’t a slip of the tongue, it was a well-intentioned old fool not having a clue what he’s on about.’
However, others said it was clear the video showed it was just a mistake.

‘I’m not that interested in outrage-bashing Corbyn for the sake of clunky wording,’ another Twitter user said.

‘The only defense I can think of is he meant choose to be “openly” but I’m stretching. Clumsy and poorly articulated.’

An organizer at the LGBT History Month launch told Gay Star News you can ‘see it in his face’ that he chose the wrong words.

‘Personally, listening to him, it was maybe just a poor choice of words on the spot,’ he said.

‘People thought it was an honest mistake. The rest of the speech was quite inspiring. I didn’t speak to anyone who was genuinely upset.’

Speaking to GSN, a spokesperson for Jeremy Corbyn said the quote is ‘taken out of context’.

‘Jeremy does not believe sexuality is a choice. He’d be mortified if people thought that was what he was saying,’ she said.

‘He was talking about how people live their lives.’

Corbyn has voted repeatedly for LGBTI rights in his long career in the UK parliament, including campaigning against Section 28 – the law that banned the ‘promotion of homosexuality’ in British schools.