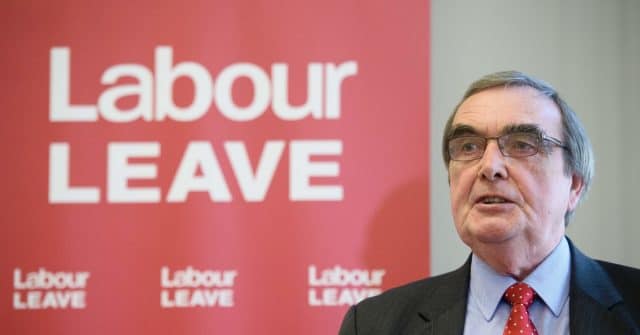 Birmingham Labour MP Roger Godsiff has said that five year olds are too young to learn that some families have same-sex parents.

The MP represents the Hall Green constituency including Anderton Park Primary School, which has faced weeks of protests from a group opposed to teaching about LGBT+ people.

Speaking to the Birmingham Mail on Tuesday (May 21), Godsiff said that following conversations with protesters and teachers, he believes material about same-sex families is inappropriate for younger students.

He cited picture book My Chacha is Gay, which is about a Pakistani boy who has a gay uncle.

The MP, who has not visited the school since the protests began, said: “Having looked at what has been presented to me and hearing what the headteacher said, I was concerned about some of the things that came out [of those discussions].

“I have seen the cover of some of the books… I understand why parents have concerns.”

Godsiff continued: “I have concerns about the age appropriateness of children of four and five being introduced to these ideas.

“As a parent wrote, some are just out of nappies. I think it is more appropriate at age seven, or six.”

The MP said he was not concerned about children learning about people with disabilities or other protected characteristics because “young children know and see this around them.”

But he said LGBT+ people were different because “[children] do not know much about their own sexuality, never mind others.”

Godsiff added: “I would question the age appropriateness of making children as young as four aware of [LGBT+ people].”

The MP said he is “supportive” of LGBT+ rights and added that parents “do not have a right to veto what is taught in schools on equality.”

He has a poor record on LGBT+ issues, voting against equal marriage in 2013.

At the time, Godsiff said he opposes “redefining the current definition of marriage.”

Godsiff’s comments also conflict with his party’s own policies, with neighbouring Labour MP Jess Phillips visiting the school on Monday and expressing strong support for LGBT+ inclusive education in schools.

Godsiff has been increasingly at odds with the party over other issues, with the pro-Brexit MP also rebelling against the Labour whip over the EU withdrawal bill.