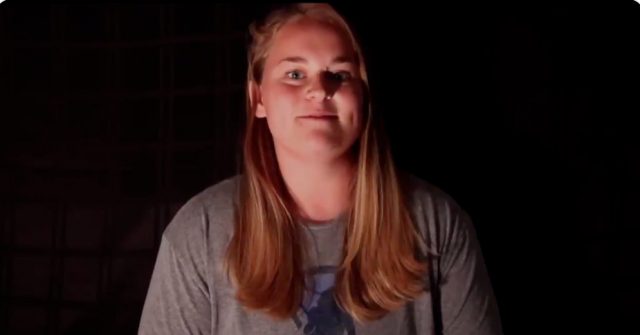 Before she played for the WPLL Pride, Molly Wolf was a lacrosse player for Loyola University, and before that, in high school, too. The Bryn Mawr Mawrtians goalie was once named the Baltimore Sun’s “Girl Athlete of the Week.” It was during those formative years that she decided to reveal a secret she had kept from everyone.

First, she told her mom, Ellen. It was 2010 and Wolf was a sophomore at the time, as Aishwarya Kumar told her story at espnW:

“Molly had come out to her in 10th grade, a quiet text sent to her one morning while secretly peering into her mom’s bedroom to make sure she’d read it and was OK with it. Once she saw her mom smile, she pushed the door open, running into her arms.

”’We can talk about telling people, but I just wanted you to know first,’ Molly said to her.”

Two years later, in 2012, espnW reported Wolf was selected to give a speech at graduation, and decided this was the moment for her to own her truth:

“The hardest part about realizing you’re attracted to girls is that it’s not a simple question. Asking yourself, ‘Am I gay?’ is in no way like asking, ‘What’s the weather going to be like tomorrow?’ Asking yourself this question has the same effect on you as jumping out of a plane and wondering if you remembered to strap on your parachute.

“You’re not just asking yourself if you want to make out with girls, you’re asking yourself so much more. You’re asking yourself, “What the hell are my parents going to say? What are my friends, co-workers, teachers, classmates and family members going to think? Who will still love me? And who will start hating me? How can I continue on being the same person? Or really, am I the same person I was all along?” This one question has so much urgency that, in reality, it’s not just one question at all. It’s a free fall into the unknown without a parachute.”

“I don’t want sympathy, or for you to feel sorry for me. If you get anything out of what I’ve said to you, it’s that you should embrace who you are. You aren’t alone. Embrace your identity, take chances, jump out of the plane. I promise that you will have the love and support that create the parachute.

“You will be protected during the free fall.”

Kumar wrote that Wolf’s mother, Ellen, had come out as gay in 2008, leading to a divorce with Wolf’s father. Wolf was surprised and didn’t know how to explain what she was going through in her own coming out process. When she finally did work up the courage to come out, Wolf told her mom: “I am sorry I left you hanging there for two years, Mom!”

It’s seven years later now and Wolf is a professional goalie playing for the Women’s Professional Lacrosse League. Not only that, but the team she now plays for is named Pride, based at Gillette Stadium, the home of the New England Patriots.

When she’s not playing, Kumar wrote that Wolf works with kids, coaches recreation leagues and interacts with them. She said the most important thing for her is to be as open as possible with kids, to engage them in conversations about topics that might be uncomfortable, and to make them feel at ease.

She said she looks to the example of Michael Sam being the first out gay player ever drafted in the NFL. Wolf said she hoped that in time, young closeted athletes will look to her example and feel comfortable coming out.

“For LGBTQ folks, especially in sports, there is such a stigma around it. They either want to say super negative things about it or they don’t even want to talk about it. Where I would love to have an open-table discussion with anyone and anyone and anyone,” Wolf told espnW. “That’s how change happens.”

You can read her full story at espnW by clicking here.