Home Gay Life Lady Phyll exclusive: ‘Until the most marginalised among us are free, none... 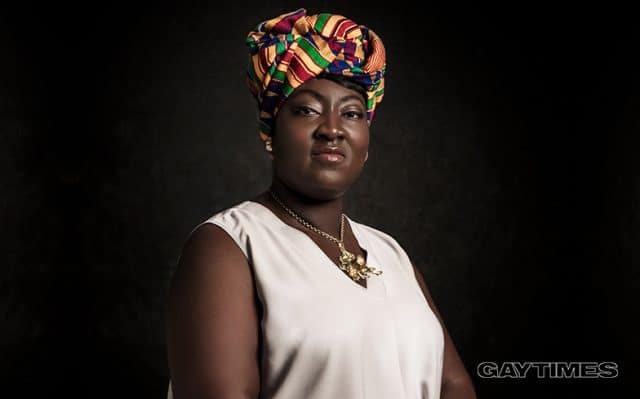 The modern LGBTQ liberation movement is littered with glittering stories of triumphant white people marching down the corridors of power towards wins in marriage and adoption, but what of those of us for whom marriage was never the goal? What about those for whom access to jobs, housing and the right to live violence-free lives were the focus? As we continue on in what feels like a never-ending fight for our humanity, it feels as important than ever to dig into history to unearth our stories — stories, that while submerged and forgotten, have been fertilising the modern LGBTQ liberation movement.

Part of unearthing our stories allows for the reshaping of dominant narratives, like the universal clarion call to come out and to “be authentic”. In a world that is always telling us to be something other than who we are, being ourselves can be dangerous. The very idea that being ourselves can be a form of activism is steeped in privilege, indicative of life in a white and western world. For Black people and people of colour, particularly our transgender and non-binary siblings, being ourselves is to court violence. For many, the act of being ourselves means our identities, fashions, language have been adopted while we’ve been discarded. For many, being ourselves is more than putting on a coat or coming out to our family; it’s daring to exist outside of other people’s ideas of us. 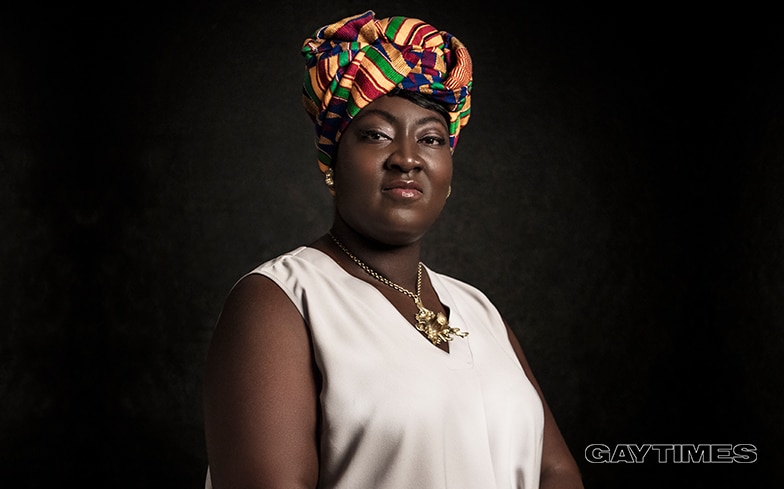 That we continue to hound people to be themselves when the very act of doing so could cause them harm means we deflect accountability and lay firmly upon their shoulders, and their shoulders alone, the burden of survival and resilience. Isn’t that unjust? I think we need to flip this on its head. Perhaps a better narrative (and thus activism) is to fight for a world where others can be themselves. The narrative around “coming out” and “be yourself” relies heavily on the person who is being ostracised, bullied and debated on television to rise up above the collective noise and physical violence to stand up and be “proud”. Proud and out are not two sides of the same coin and it’s ahistorical to suggest that proud and out is the currency necessary to survive in a world that devalues so greatly the lives of queer Black people. We’ve always already been out and proud; it hasn’t made us more safe.

We’re not all fighting the same fight. Sure, we are part of a collective movement, but this movement long ago spouted tentacles and began to slide off in different, disparate and often conflicting directions. We need to continue holding each other to account, to keep figuring out how to be better allies to others in our community. Marriage equality is good, but does not prevent our Black trans siblings from winding up dead in hotel rooms. Coming out in the workplace is good, if you can get a job in the first place. Being ourselves is daring and it is brave. It is certainly courageous. But when the businesses take down their Pride flags after Pride Month and as people slot back into their quotidian routines, are we safe to be ourselves? Not often. 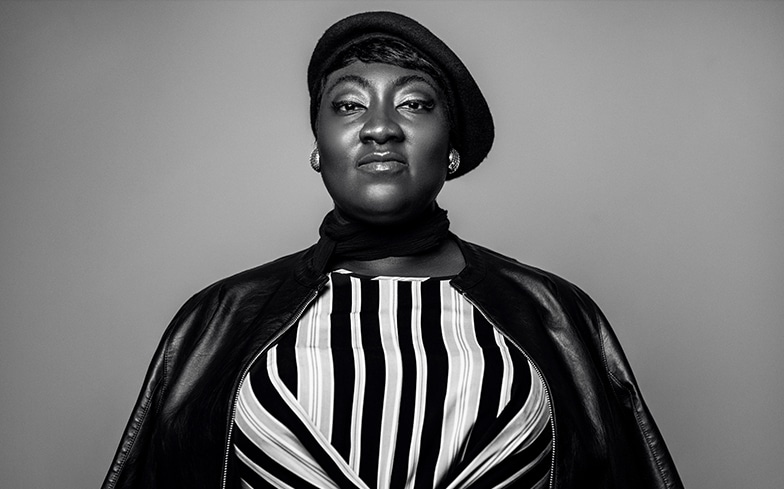 Angela Davis says, “the importance of doing activist work is precisely because it allows you to give back and to consider yourself not as a single individual, but part of an ongoing historical movement,” and it’s something I reflect on often. When we speak of allyship, of asking those in positions different to ours to listen and to act accordingly, we can forget that allyship is needed within​ the community, too. So much of the violence and discrimination we experience as queer Black people comes from other LGBTQ people. Many in the community applaud when Black people and people of colour are themselves, when that self aligns with who they think we should be, but don’t act in our interests when it really matters. When lives are on the line. What we see today, writ large, is a continued misreading of history and a narrow view of the present. This loose grasp of a whitewashed history continues to bear down on all of our lives today. For example, it should be clear that transphobia, racism and toxic masculinity are intimately connected, but if you’ve never paused to consider how before now, you won’t have noticed how the policing of one’s body and identity to fit within the confines of a fragile masculinity is one of the most pernicious forms of violence in modern history. What restricts gay men from being “real” men is what restricts trans people from being whoever they are. The rampant fetishising of Black bodies is steeped in racism, in a reduction of the Black body to an object of value, whose sole purpose is to provide for white desire. The inability to see that and reckon with it limits our community’s potential for true allyship and a properly inclusive activism. We have to remove our blinders.

A question our community should ask themselves is, ‘What does it feel like to run free and to not be tethered to other people’s dreams for you?’ The questions we ask of each other need more space: to breathe, to cry, to laugh, to share. Being you is not automatically a form of activism or protest; it is always an expression of your humanity, of your essence. I express myself through action. There is something in my spirit that moves me to do this work. I am the descendant of warrior women who built churches and roads, who fought for equal rights, who moved continents to give their children better futures. My heart beats at my intersections, the places where Black meets queer meets mother meets woman-lover. I am an activist because I feel compelled to be one. Which is to say, so many people are being themselves already because they have no choice: are you helping others be who they are safely? 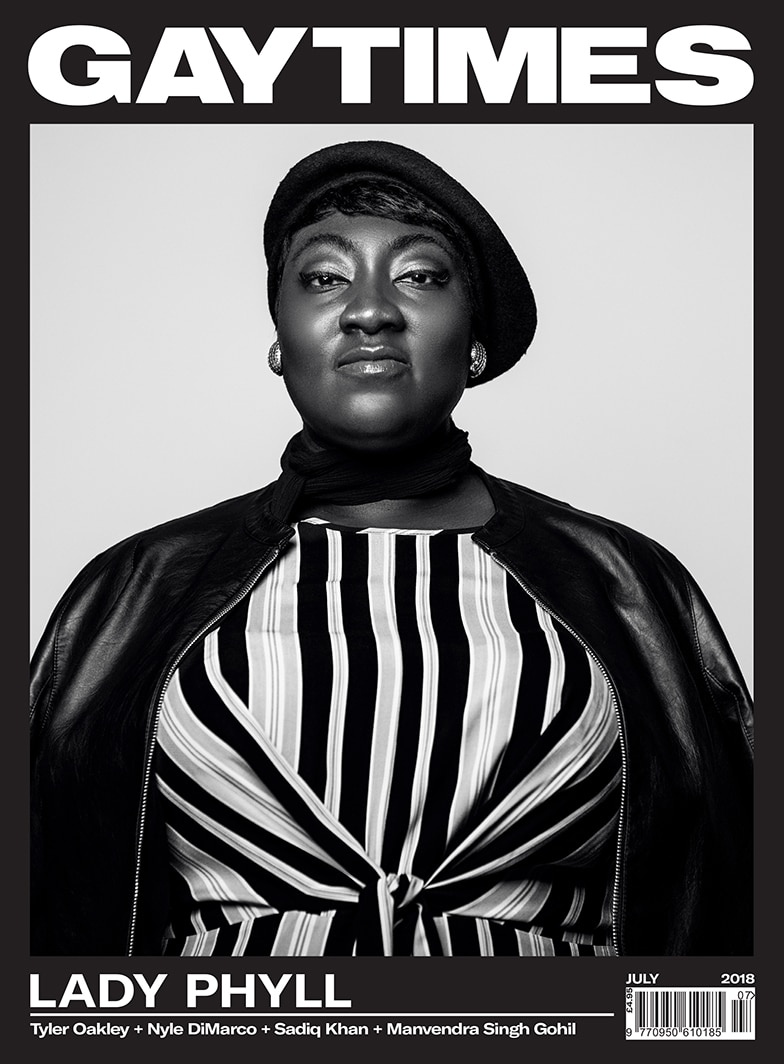 When others within our community but outside our experience ask us to reflect on 50 years since Stonewall, these are the things I think about. I see people on the outside looking in. I see the names of our fallen trans siblings and the 49 we lost at Pulse. I see the outrageous transphobia and the harassment of people on the streets. I see the clear and present danger that’s always been here. I wonder how much of the insight we provide into what these 50 years have meant for queer people of colour really lands, really strikes at the heart. We’ve been asking for help for a long time.

There was so much that led up to that night, to those queer people fighting back. What we’ve seen since then, as queer people of colour, is the erasure of our contributions, the minimising of our experiences and the silencing of our voices. We’ve seen the needs and desires of cis gay white men and women prioritised over all else and the continued violence visited upon the most vulnerable in our communities. I think in asking us to look back, we may be wondering where it went wrong — the point of divergence from what mattered for all of us to what was beneficial for a few. I think what we can learn from the uprising is everything we’ve learned after it: until the most marginalised among us are free, none of us are free.