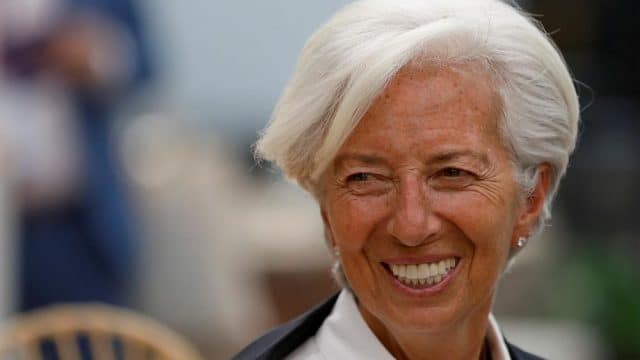 International Monetary Fund (IMF) chief Christine Lagarde offered her resignation on Tuesday, ahead of her possible confirmation as the next President of the European Central Bank (ECB), sparking a race to appoint her successor.

In her resignation letter, Lagarde, 63, said she had “agonised” over whether to accept the European Council’s nomination to replace Mario Draghi at the ECB but that she had “eventually decided to accept.”

The former French cabinet minister, whose second term at the head of the IMF was scheduled to expire in 2021, said she would step down on September 12 as it is “the most likely date of my hearing before the Economic Commission of the European Parliament.”

She added that the IMF’s Executive Board “will now be taking the necessary steps to move forward with the process for selecting a new Managing Director.”

The Fund, created at the end of World War II to foster global financial cooperation, has always had a European at its helm as part of an understanding with the United States, which sees an American run the World Bank.

With American economist David Malpass appointed President of the World Bank earlier this year, analysts expect the compromise to hold.

Here are some possible candidates for the position.

Carney, 54, left his role as Governor of the Bank of Canada in 2013 to take the top job at the Bank of England.

The Canadian economist — who also holds Irish and British passports — has also chaired the Financial Stability Board, an international body that monitors and makes recommendations about the global financial system, for the past seven years.

Carney holds economics degrees from Harvard and Oxford universities and worked for Goldman Sachs for 13 years.

Rehn, 57, could also make the cut. He is the current Governor of the Bank of Finland and sits on the ECB’s Governing Council.

Prior to his current role, Rehn was the Finnish Economy Minister for a year and a half as well as an EU Commissioner.

The Frenchman, 61, currently serves as the European Commissioner for Economic and Financial Affairs, Taxation and Customs.

He has also served in the French cabinet twice, first as Minister for European Affairs under the coalition government led by Jacques Chirac and then as Minister of Economy and Finances under Francois Hollande.

Moscovici holds degrees in economics and philosophy and, should he be appointed, he would be the third French IMF chief in a row.

The 65-year-old Bulgarian national currently serves as the World Bank’s Chief Executive, a post she has held since January 2017.

She already worked for the World Bank between 1993 and 2010, starting as an environmental economist, then rising to vice president and corporate secretary in 2008.

In between, she served as European commissioner for international cooperation, humanitarian aid and crisis response as well as the Commission’s vice president for budget and human resources.

Georgieva holds degrees in economic science and political economy and sociology from the University of National and World Economy, in Sofia, Bulgaria, where she also taught between 1977 and 1991.