Home Gay Life Lebanon is getting closer to decriminalising homosexuality 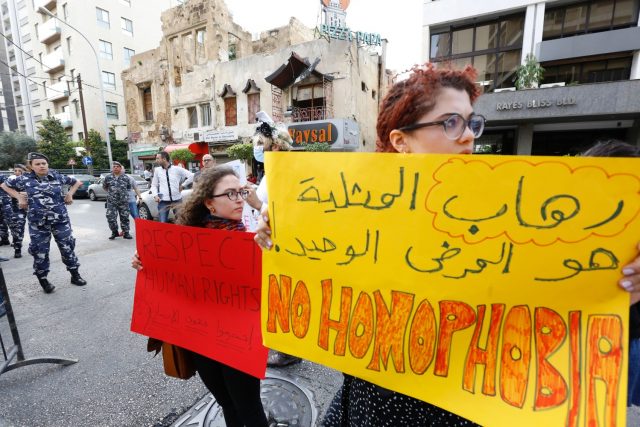 A judge in Lebanon has conceded that homosexuality should not be illegal in a landmark case that may change the future of LGBT people living in the country.

Judge Rabih Maalouf declared that “homosexuality is a personal choice, and not a punishable offence” in the ruling which referenced Article 183.

The article states that “An act undertaken in exercise of a right without abuse shall not be regarded as an offence.”

The ruling contradicts that homosexuality is illegal under Article 534 which prohibits sexual relations that “contradict the laws of nature”.

Homosexuality is punishable by up to a year in prison. Last year, around 50 activists gathered outside Hbeish Gendarmerie in Beirut to protest against laws which criminalise homosexuality.

It was the first protest of it’s kind in four years, and the location held significance as activists stood where morality police take suspects.

The event was organised by the Helem association, a prominent LGBT rights group based in the country, which handed out placards that read, “homosexuality is not a disease” and “sex is not illegal – your law is archaic”.

Helem chief Genwa Samhat told AFP that most people were detained under a 94-year-old law.

“Most people arrested under this law aren’t detained in the act but in the street because of their appearance,” she said.

Although Lebanon is more tolerant than other Arab states, being LGBT is still regularly mocked on television and police often perform raids on nightclubs they suspect are frequented by gay men.