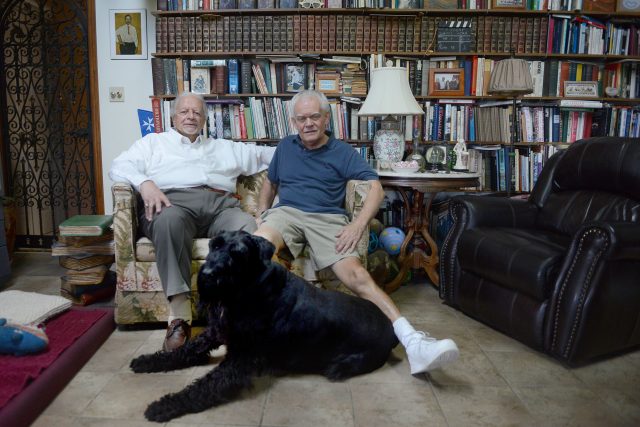 A gay man who adopted his partner in the absence of same-sex marriage rights has been allowed to dissolve the guardianship in order for the couple to legally marry.

For more than a year, Roland Bosee Jr and Nino Esposito, who have been together since 1970, have been unclear about the future of their slightly complicated relationship.

Esposito, 79, legally adopted Bosee Jr, 69, back in 2012, as they sought after some legal protections in lieu of same-sex marriage laws in the US.

Before same-sex marriage became legal in the US, it was common for same-sex couples to ‘adopt’ one another in order to afford themselves some legal protections under the law for issues like inheritance.

But despite that same-sex marriage became legal in 2014 and the US Supreme Court made gay marriage legal across all 50 states in 2015, the couple had later been unable to marry because they were legally father and son.

Now a Pennsylvania Superior Court has allowed the couple to dissolve the adoption, and has set a legal precedent in the state for couples who did the same.

Judge Lawrence O’Toole in 2015 said he was unable to dissolve the adoption, and that he only had the power to do so in instances of fraude.

But after an appeal, a three-judge Superior Court panel ruled “under the circumstances of this case, Pennsylvania law permits an unopposed annulment or revocation of an adult adoption.”
“Although the Adoption Act does not expressly provide for the annulment of the adult adoption, case law does allow it in certain scenarios; and this case presents wholly new and unique circumstances,” wrote President Judge Susan Peikes Gantman.
Judge Gantman noted other cases where adoptions had been annulled for similar reasons.

Due to the court action, “Pennsylvania law regarding same sex marriage [has] changed; same-sex couples in this Commonwealth may now exercise their fundamental right to marry. Therefore, where a same-sex couple, who previously obtained an adult adoption, now seeks to annul or revoke the adoption in order to marry, the Orphans’ court has the authority to annul or revoke the adult adoption.”

The couple said they were “relieved” at the “wonderful Christmas gift”.

The couple have said they were unsure of whether they would be granted the adoption, but now are able to go ahead and legally marry.