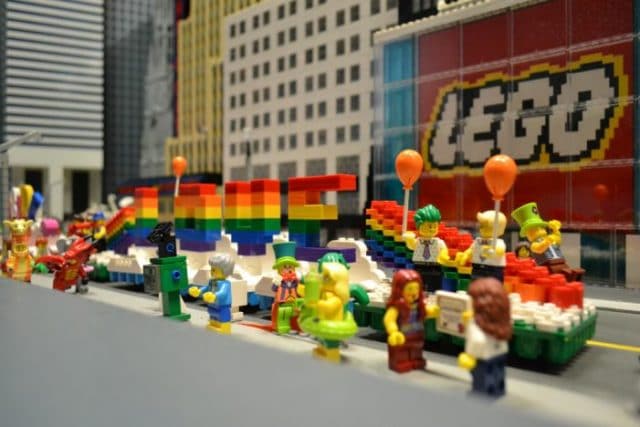 There’s one event this June that may win the award for smallest Pride parade of the year.

But don’t let its size fool you: the parade at the LEGOLAND Discovery Center in Westchester, New York, is more than its size.

Taking place in MINILAND, the amusement park’s recreation of parts of New York City, the parade features two floats with “Pride” and “Love Is Love” themes, an oversized “Stonewall 50” billboard, and a great number of bedazzled mini people dancing in a LEGO recreation of Times Square.

The miniature event celebrates the 50th anniversary of the Stonewall rebellion and the birth of LGBTQ Pride.

LEGOLAND originally opened in 1968 in Denmark but has expanded into several other countries, including Dubai, Germany, Japan, and the United Kingdom.

Westchester’s LEGOLAND is one of their smaller “Discovery Parks” focused on children from age 3-10. Adults are required to be accompanied by at least one child to attend this Pride parade!

Each park has a recreation of the host city or country, as well as other locations from around the world. The Westchester location’s MINILAND features Citi Field – home of the New York Mets – and the George Washington Bridge.

Westchester isn’t the first LEGOLAND to host a pride in its signature MINILAND build: Birmingham’s Discovery Center in the UK had its own floats and festive figurines on the street in May of this year, even including a rainbow and heart decorated float featuring minifig versions of the Village People.

The display is up until the end of June, so it’s best you make your plans right away. 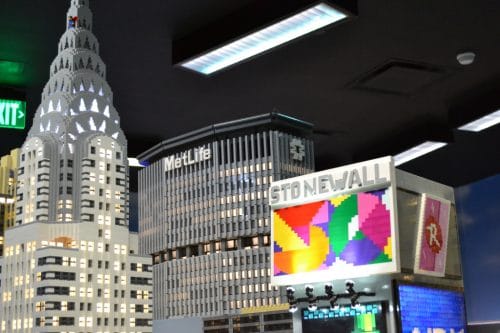