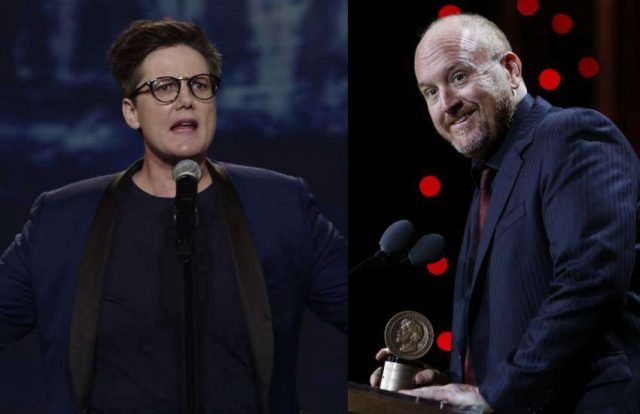 Lesbian comedian Hannah Gadsby is back at it with her new comedy show Douglas, named after one of her beloved dogs.

The Australian stand-up comic became an international sensation in 2018 with her Netflix special Nanette.

She then announced she would quit comedy but had a change of heart and came back to live performance with her 11th stand-up show. Netflix will turn her current show into a comedy special later this year.

In her new show, Hannah Gadsby says she quit comedy the same way Louis C.K. said he was sorry.

C.K. was accused of sexual misconduct by several female comedians in November 2017. He then admitted having masturbated in front of them.

After taking a break, C.K. came back on stage at the end of 2018 cracking controversial jokes on Parkland shooting survivors. He also recently announced new tour dates covering Europe and the US.

‘And I think it’s important to keep making that joke. This is dangerous to talk about, but I’ll give it a go. What the issue is, for a long time Louis C.K.’s comedy platform was that he was this hopeless guy bumbling through the world. And at some stage, he was no longer that, but that was still his voice,’ she continued.

‘And I think he still believes that. He has not reassessed his position of power, and that is why he was able to abuse it. It’s difficult to see a shift in your own power and privilege. It’s not something we’re trained to do. He still honestly thinks he’s the victim in all of this.’ 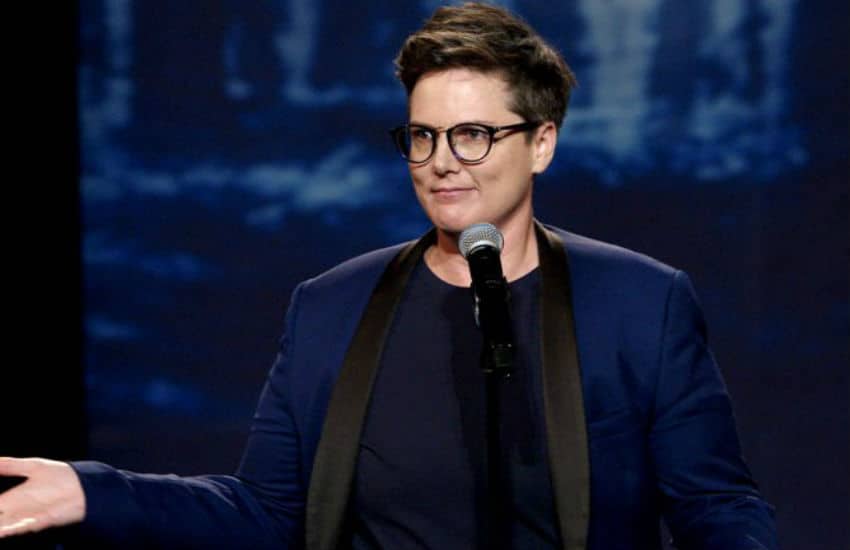 The Australian comedian reminded the interviewer that C.K. promised in 2017 to ‘step back and take a long time to listen,’ but she says that C.K. has refused to listen and has become ‘just angry and bitter’.

‘I always struggled with his work because I’m a visual thinker. And there’s just so much semen. So I literally couldn’t see the humor in this waterfall of body fluids. That’s my issue. I never blamed him for that.’

She furthermore added: ‘But then I think, “Gosh. That’s on his mind a lot too.” The guy clearly had an issue. And that’s sad for him. So why are we trusting a man who has a compulsion like that where it diminishes the humanity of people around him? Why do we care what he thinks about the human condition? He needs to worry about his own condition a bit. Just sit quietly.’

Despite admitting she isn’t a fan of C.K.’s comeback, Gadsby said he has every right to perform.

‘Censorship is useless because it leaves a gap where we learned a lesson,’ Gadsby said.

‘Let’s say Picasso. I’m not a fan. But I am a fan. I’m not a fan of the gap that was left in his story, that he was a toxic, hostile individual and that his behavior was enabled by the community around him. But if you were to wipe him from our collective memory, we not only lose what he did well, we lose what he did badly. And we can learn from both.’