Home Gay Life Lesbian escapes Russia by boat and sails to Canada to be with... 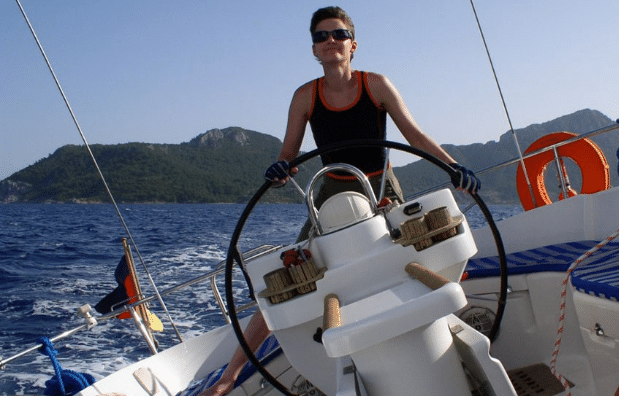 Assaulted by her family, this woman survived two oceans and a hurricane to find a safe haven

You might think traveling a thousand miles or climbing any mountain might just be in the songs, but a lesbian couple proved there is no distance when love is a possibility.

A lesbian has shared how she escaped her homophobic family in Russia by boat and sailed for nearly a year to Canada, Prospekt Mag reports.

Elena is from Ivanovo, a city 250 km east of Moscow, was forced by her parents growing up to wear high heels and makeup to look like a ‘proper woman’.

And so as she reached her 20s, she agreed to her family’s wishes to get a boyfriend. A loveless and sexless marriage was her future.

But then online, she chatted with a Canadian woman named Meg.

‘Meg can do everything, she is a musician, she plays the piano, flies planes, sails boats … To me she was this incredible woman, she simply stunned me with what she could do, and, of course, I pretty much instantly fell in love with her,’ she said.

After six months, they decided to meet in Kiev, Ukraine. 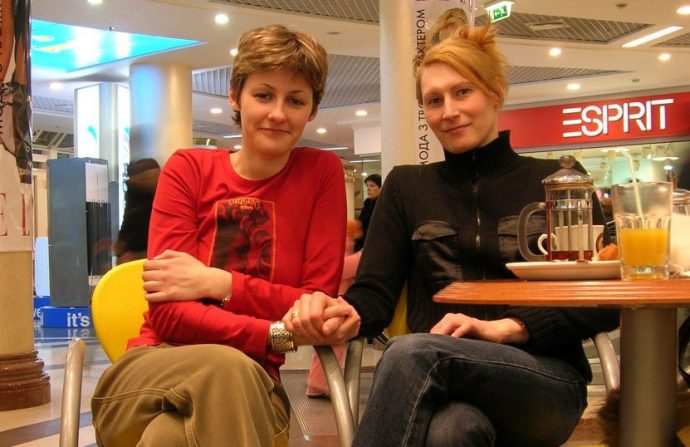 Telling her parents she was leaving to go to the opera, she secretly packed a small bag to make her escape.

When Elena and Meg met at the Kiev airport, Elena told Prospekt Mag: ‘When I saw her, I saw she was standing in the crowd of people. I don’t know how to explain how I felt, but I think I was so excited that I could hardly understand what was going on around me.’

But as the days past in Kiev, she began to receive calls from her mother and boyfriend. And this time, she decided to be honest.

‘My mother was telling me to go back to Ivanovo and I was saying that I wouldn’t because then I would never see Meg again.’

Elena’s mother promised a civil discussion, who flew to Kiev.

‘I had no idea that my father would be there too. Meg and I just thought that we were going to see my mother to talk and that that would be it, but she brought my dad with her and they attacked us.

‘They grabbed me, held both my arms tight and brought me to a McDonalds near the train station. My father slapped three tickets on the table and said “you’re coming with us to Ivanovo.” That was their ultimatum for me, and it was the first time that I ever disagreed with them in my life.’

A fight broke out, and all four were led to a police station. Unexpectedly, the police chose the couple’s side and, eventually, the parents went back to Russia. 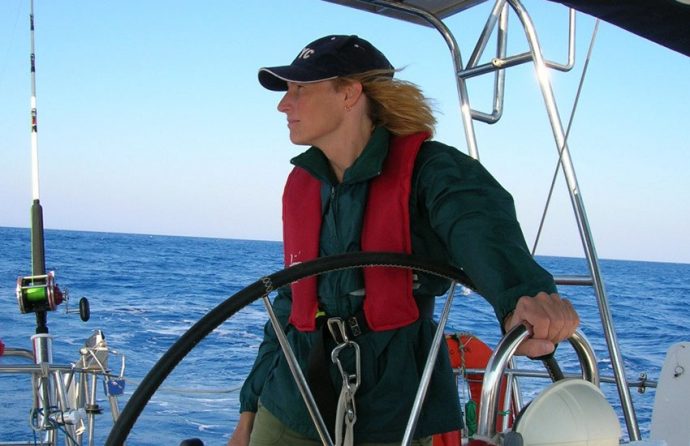 However, Elena soon realized her passport was missing. Her mother had grabbed it before she left, so Elena was left stranded and the only option was home.

When a friend from work was able to retrieve her passport from the family’s home, she was able to bring it to Odessa.

In Turkey, Meg put a mortgage on her house in Canada and bought a sailing boat. Elena took sailing lessons. Two months later, they were in the open sea.

Crossing the Mediterranean sea from east to west, surviving a hurricane in the Atlantic, they sailed without stopping to reach safe haven.

After 10 months, the couple arrived in Canada in April 2007.

‘When we arrived, it was all very quiet, it was 2am, we simply parked the boat at the yacht club and there was nobody there. And that was the irony of it. We had completed such a huge journey for love but there was nobody to meet us. It was pretty silent. We didn’t actually need anything, we just wanted to sleep, to rest, and to start living our life.’

And they did. Meg and Elena live on the same sailing boat they bought in Turkey.

Elena has written a book titled Talking To The Moon. Find out more about the book here. To read more details about the couple’s story, read Prospekt Mag‘s interview.