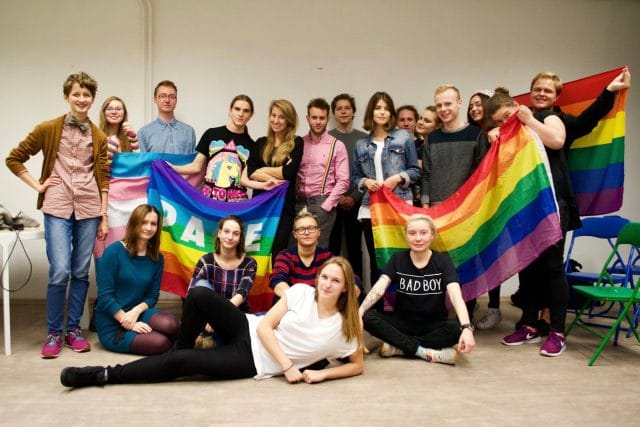 Just as rainbow flags were burned during the national independance day celebration our team put all of our strenght to fight for equality.

Our crowdfunding campaign to finance the 2017 Equality Parade in Warsaw has just been launched! The Equality Parade is an annual event dedicated to promoting acceptance, inclusiveness and diversity. It does not focus on LGBTQIA+ issues exclusively but advocates equal rights for all discriminated groups, such as people with disabilities, ethnic and religious minorities as well as animals. The Equality Parade marched the streets of Warsaw for the first time in 2001, gathering only around 100 participants. Over the years it grew, however, culminating in 35 000 people participating in the last year’s march. Organizers hope to attract even greater numbers this year by preparing an NGO fair and an open-air after party, which would be a first for the Warsaw Parade. As the costs of organizing the march continue to grow, the team behind it chose not to depend on the wavering support of the public and private entities but turn to the generosity of its participants instead.

You too can help fund the Equality Parade 2017 by clicking on the link below pomagam.pl

You can read more about the siutation of LGBTQIA+ people in Poland on the website: paradarownosci.eu