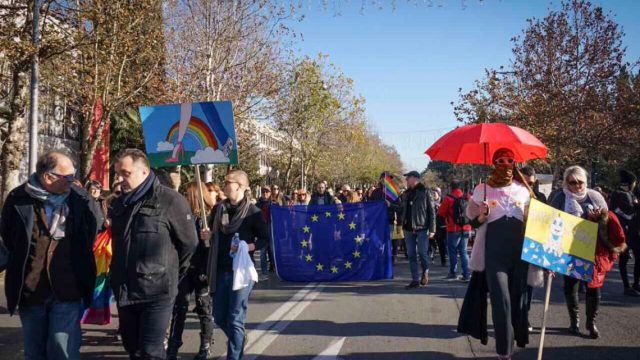 LGBT citizens and their family members marched for equal rights in the country’s capital.

According to the Balkan Insight, LGBT groups marched for a same-sex marriage law and the eradication of homophobia and transphobia.

Queer Montenegro organised the march in the hope that by the end of 2017, the country would adopt laws to improve the lives of LGBT citizens.

The march was nicknamed ‘Family Values’ and urged families to join in and support their gay relatives.

Head of Queer Montenegro, Danijel Kalezic, told the Balkan Insight that the Pride march sought “support from those that we care about most.”

“Society in Montenegro has developed and now people are more aware. We have a good strategic framework and policies in this area,” she said.

The march marks the fourth Pride event in the country. The first dates back to October 2013 which saw more than 500 protestors attack the several dozen marchers with rocks.

Homosexuality remains a sensitive issue in Montenegro and a survey recently stated that around 71% of citizens consider homosexuality an illness while viewing it as a danger to society.