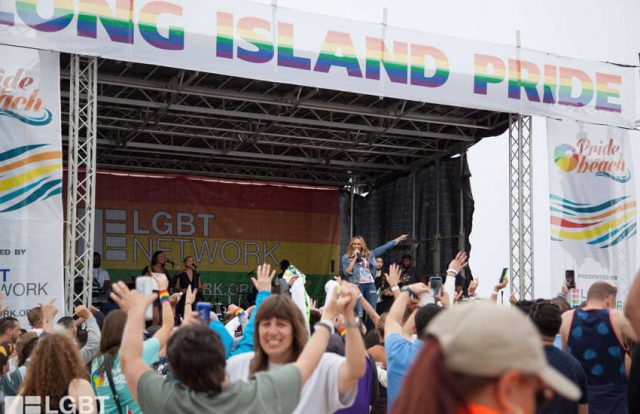 The LGBTI community, local politicians, and police have spoken out after a billboard promoting a local LGBTI event was vandalized in Nassau County, New York State.

‘It is fresh, it is new, it was targeted,’ local LGBT Network president David Kilmnick said at a press conference. ‘No question about it’ he also said.

Officials said it was the third anti-LGBTI act in recent months, according to

Nassau County Police Deputy Commissioner Kevin Smith said the force is investigating. He also intends to ‘find evidence, find video, find something that leads us to the person who’s responsible for this’.

IHate crimes and 30% in the New York Metropolitan Region, according to the Southern Poverty Law Center.

The poster advertised a Pride on the Beach event which attracts tens of thousands of LGBTI people and allies each year.

Organizers plan to go ahead with the event. Grammy-award winning Macy Gray is headlining.

‘Incidents like this will not stop Pride Week,’ Town of Hempstead Supervisor Laura Gillen said. ‘We’ll be going forward with the full support of local government.’