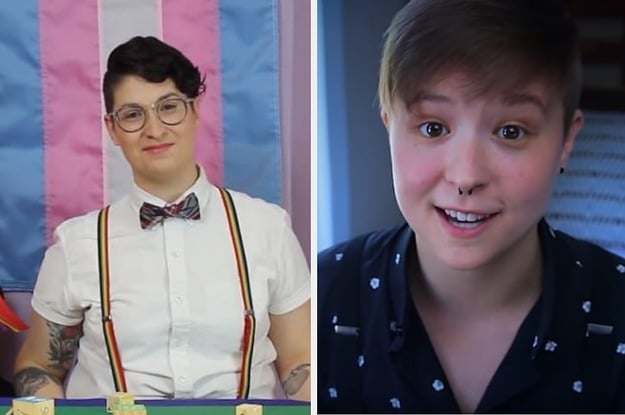 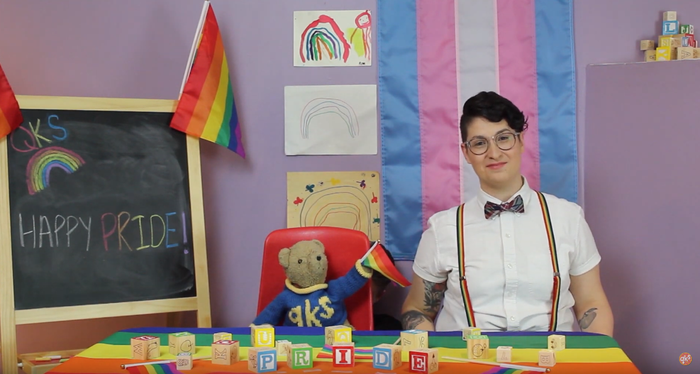 Lindz Amer, the brains behind the channel Queer Kid Stuff, has been harassed on YouTube since day one.

All they’d done was post a pilot for the channel, which explains LGBT and social justice issues to kids. Soon, they were facing a wave of harassment from neo-Nazis and cruel reaction-style videos from other channels, some much bigger than theirs.

“If you search ‘Queer Kid Stuff,’ you get my videos, but you also get videos of people bullying me and warping my videos to make fun of me,” they told BuzzFeed News.

“It’s been a really big problem for my channel and what I’m trying to do.”

That’s why when Amer heard what happened to Vox host Carlos Maza, they sadly weren’t surprised. Neither were other LGBT creators BuzzFeed News talked to.

YouTube didn’t immediately return a request for comment about the allegations from the creators BuzzFeed News spoke with.

Maza, who is gay and Latino, has been targeted in videos made by far-right personality Steven Crowder. In the videos, Crowder calls Maza a “lispy queer,” among other anti-gay and racist comments. After getting no help through official channels, Maza posted on Twitter in a now-viral thread putting YouTube on blast.

Since I started working at Vox, Steven Crowder has been making video after video «debunking» Strikethrough. Every single video has included repeated, overt attacks on my sexual orientation and ethnicity. Here’s a sample:

YouTube finally responded on Twitter, but only to say Crowder’s videos don’t violate its policies. Essentially, it said, Crowder is just expressing his opinions.

I don’t know what to say. @YouTube has decided not to punish Crowder, after he spent two years harassing me for being gay and Latino.

I don’t know what to say. https://t.co/EFvWCNvPms

After massive backlash online, YouTube later said it would begin prohibiting discriminatory videos. Crowder’s videos have stayed up, but YouTube has demonetized his channel.

“They have this fucking pride logo in their Twitter avatar when they’re saying it’s ok to call him a ‘lipsy gay’ and have the word ‘fag’ on a T-shirt,” said Amer.

But they said Maza is far from alone.

“I think what’s really important to talk about is that this is not a new story. There are many, many, many people who have exactly comparable and even worse stories than him.”

Amer is not the only LGBT creator to speak out. Tyler Oakley, who has 7.4 million subscribers on YouTube, tweeted his disappointment.

Ash Hardell has 623,000 subscribers on their channel where they talk about LGBT issues, including their own transition and life with their wife. Hardell, who is transmasculine, told BuzzFeed News they’re reaching a breaking point.

“YouTube uses pride and LGBT creators as part of their promotion but it doesn’t feel genuine, it feels like we’re being used,” they said.

Hardell said there are tons of videos out there of people making fun of their gender and sexuality. And it’s not a left-vs.-right issue, they said — some of the people targeting them are trans too.

Once, their workplace was revealed to thousands of people.

complaints to have me fired. I’ve never spoke about this before bc honestly I was scared. I was so worried about my livelihood and job security then. I wanted the whole instance to be swept under the rug to protect myself. Leaking that info was sensational and garnered the poster

large amounts of traffic. It was not ok though. It violated my privacy and threatened my well being, and @Youtube’s algorithm encouraged and rewarded that behavior. Be better YouTube. Clarify and enforce your harassment policies to protect users. Now.

“What makes me want to leave YouTube is the harassment,” they said.

“It starts to beat you down. Eventually you can only take a beating for so long. I might just want to live life without cruel things being thrown at me.”

Hardell would like to see a revamped harassment policy from YouTube that more specifically lays out what is, and is not, harassment. They also want YouTube to be more helpful. It was only by a stroke of luck that Hardell said they ever received help from the platform.

LGBT creators also said they’ve had their content age-restricted or hidden simply for having queer or trans content. Hardell said her wife’s video with their wedding vows was age-restricted. Amp Somers, who runs a sex education channel called Watts the Safeword, also had subscribers face difficulty trying to find his work.

“Our engagement was going down and people were trying to find us but just finding what looked like garbage content,” he told BuzzFeed News.

He also got caught in an issue last year where anti-LGBT ads were running on LGBT content. YouTube told him he could turn them off in his settings, but the response was totally tone deaf, he said.

“It doesn’t really say that queer creators are important or valued,” he said.

And on top of all that, all three creators said, is that YouTube seems to actively award harassment on the platforms.

“I can’t stand by a company that’s made that choice.”