Home Gay Life LGBT Pride volunteers set up a market stall, and got more than... 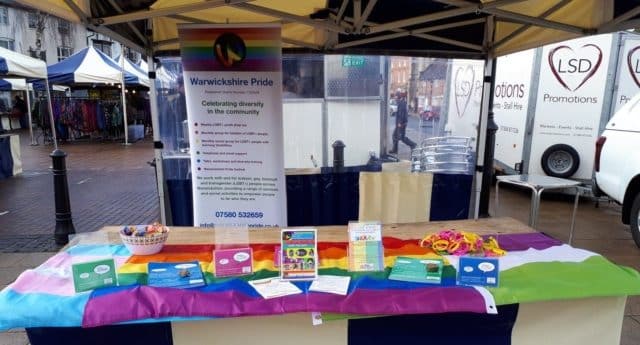 Volunteers who were promoting a in Stratford-upon-Avon were barraged with homophobic abuse over the weekend.

Warwickshire Pride had been running a stall at the market in Stratford-upon-Avon on Saturday, sponsored by Stratford Town Trust.

However, organisers say that the presence of the stall led to a string of homophobic incidents.

In a statement, Warwickshire Pride said: “A member of our volunteer team, who was lone working at the time, was subjected a shocking amount of anti-LGBT+ comments and behaviours from members of the public.

“Another volunteer arrived later and was then witness to the continued abuse. The first person who approached the stall shouted at our volunteer and told him that an LGBT+ stall has no place in Stratford. 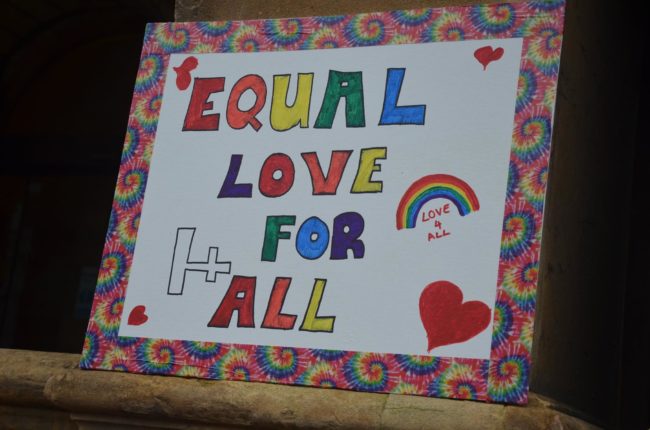 “From then on over 100 people walked past the stall or approached it and either tutted, gave looks of disgust or made comments such as ‘that’s disgusting’, ‘I don’t wanna see that’, and ‘for f**k’s sake, look at that’.

“One person also approached the stall to say that he has nothing against LGBT+ people because it’s an illness that people can’t help catching.

“The number of incidents was counted initially but the counting stopped when the total reached 100. The incidents took place from approximately 9:00am and lasted until around 12:00pm, at which time our volunteers decided to pack up the stall and leave Stratford.”

The Pride organisers say that the abuse has been reported to Warwickshire Police.

Warwickshire Pride added “Although what happened that day has been deeply upsetting and distressing, it has not deterred us from continuing to work for LGBT+ people in Stratford.

“If anything, we are more determined to ensure that LGBT+ people in Stratford feel safe and able to be who they are.

The campaigners will be not be giving up, however, and have planned an “equality rally” to take place in the town on April 21.

It added: “We encourage all LGBT+ people and allies to join us as we peacefully say no to hate and yes to equality in every way, as indeed these incidents show that while we have almost full equality in law there is still a long way to go until LGBT+ people are fully accepted socially.”

Warwickshire Pride itself will take place on August 18 in Leamington Spa.