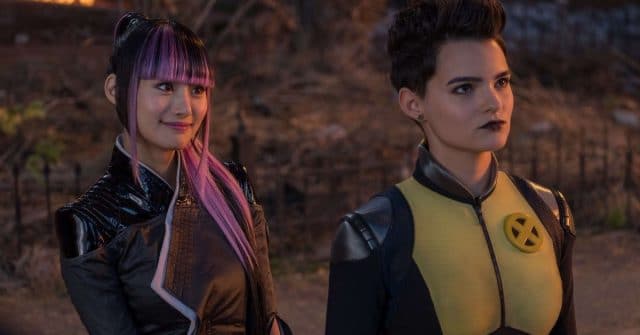 GLAAD’s annual Studio Responsibility Index report tracks the quantity and diversity of LGBT+ people in films released by the seven largest studios in the past year.

Out of 110 releases, 20 featured LGBT+ characters in some capacity. There were an equal number of films including gay and lesbian characters, both at 11 (55 percent). Bisexual characters were featured in three films (15 percent).

“We know that inclusion is both the right thing to do and good for the bottom line. Audiences supported stand out LGBTQ-inclusive wide releases last year with both their dollars and social buzz. Nielsen found that LGBTQ audiences are 22 percent more likely to see a theatrical release more than once,” said Megan Townsend, GLAAD’s Director of Entertainment Research & Analysis.

“The studios should recognise the power of LGBTQ moviegoers and the desire for stories that reflect ourselves, and create and market more films for this audience who is ready to buy tickets.”

The report also identified that no animated or family films released by the major studios in 2018 featured LGBT characters — the first time this has happened in five years.

Out of the seven studios, only 20th Century Fox and Universal Pictures were able to receive a ‘good’ rating, while Lionsgate Entertainment and Walt Disney both received ‘failing’ ratings.

Ratings are given based on the Vito Russel Test, with the criteria considering whether a film incorporates identifiable LGBT characters yet are not defined by their sexual orientation or gender identity and must play a significant role in the film.

Love, Simon, Crazy Rich Asians, The Girl In The Spider’s Web, and Deadpool 2 were four out of the 13 (65 percent) of LGBT-inclusive films to pass the Vito Russo test.

The number of films passing the test marked the highest percentage since the Studio Responsibility Index began.

“The successful releases of films including Love, Simon, Deadpool 2 and Blockers, brought fresh LGBTQ stories to audiences around the world and have raised the bar for LGBTQ inclusion in film,” said Sarah Kate Ellis, GLAAD President and CEO.

“While the film industry should include more stories of LGBTQ people of color and transgender people, studios are finally addressing the calls from LGBTQ people and allies around the world who want to see more diversity in films.”

Films to be released in 2019 that include LGBT+ characters include Elton John biopic Rocketman.

You can see the full report here.