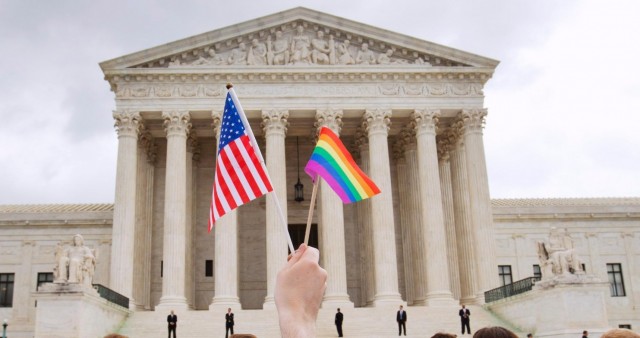 The opponents of Huston’s nondiscrimination law have just added more ignorance and decadence to their campaign by airing what is supposed to be their manipulative message for the voters. Except the fact that this campaign lies, it is outrageous how they have used one of the 15 characteristics against discrimination protected by Houston Equal Rights Ordinance (HERO). Furthermore, they only pick on this exact characteristic: gender identity. What they have done, they turned the right of transgender people to gender identity into a danger where “any man at any time could enter a woman’s bathroom at any time simply by claiming to be a woman that day”. They call this “bathroom ordinance”, and in fact this is an exaggerated act of manipulation by using a fake danger disguised into perverted acts.

This is what the campaign spreads:

“Any man at any time could enter a woman’s bathroom at any time simply by claiming to be a woman that day. No one is exempt, even registered sex offenders could follow women or young girls into the bathroom and if a business tried to stop them they’d be fined. Protect women’s privacy. Prevent danger. Vote “no” on the Proposition 1 bathroom ordinance.” The campaign is clearly aimed to lead people astray as many, including them don’t know about another law that prohibits the use of the bathroom “in a manner calculated to cause a disturbance”.

The Texas Supreme Court wants the law to be repealed or put up under popular vote, which is unacceptable since other cities in Texas already have the anti-discrimination laws on the books, and in some of them (Fort Worth and Austin) the laws have been executed for more than ten years.

With the opponents going to such extremes and finding the most insidious ways to stay in the way of LGBT’s community rights, we cannot see full equality happening in the near future.