Home Gay Life LGBT Soccer Fans Warned They’ll be Hunted Down and Stabbed at the...

LGBT soccer fans heading to the World Cup in Russia have already been warned not to publicly display affection, and members of the transgender community told to bring a friend with them to the bathroom to avoid attacks. Now there are reports of anti-LGBT Russians threatening violence against the community.

Joe White of LGBT soccer fan group Pride in Football said it has received numerous threats to England fans planning on making the trip to cheer on national team Three Lions during the World Cup, taking place June 14 through July 15.

White told the Mirror the group has reported the threats to police.

“We’ve had people say that if they find us they’ll stab us, so it’s been a mixture but they’re being dealt with seriously and those investigations are still ongoing,” he noted. 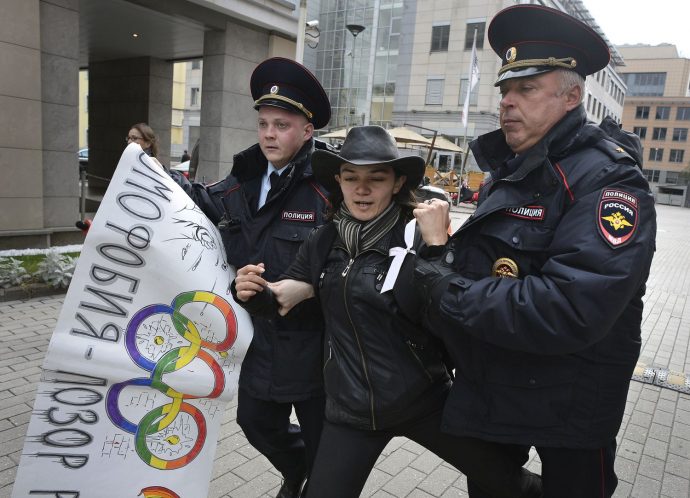 Russia passed a so-called “gay propaganda” law in 2013, ostensibly to prevent the normalization of homosexuality among minors. It has been used to shutdown demonstrations and rallies for LGBT rights, which have ended in bloody clashes on the few occasions they’ve been held in the aftermath of that legislation passing.

Further adding to legitimate cause for concern, anti-LGBT hate crimes have doubled in the past five years.

The country has also been condemned for the anti-LGBT purge taking place in Chechnya, a federal subject of Russia, where over 100 people have been detained, beaten, and murdered. 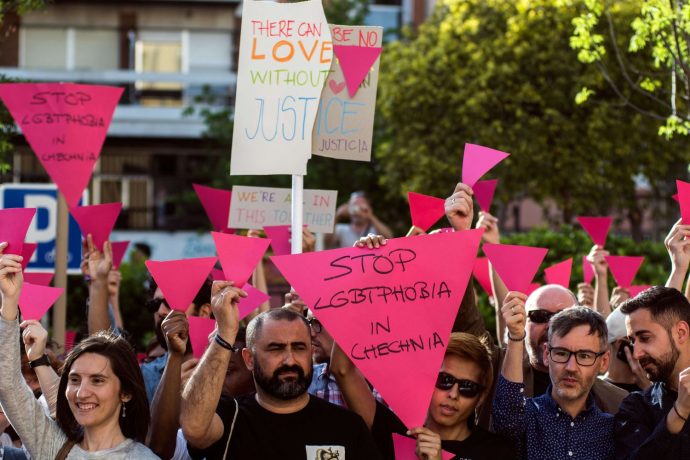 White said he plans to test the promise by some officials that rainbow pride flags won’t be banned at the World Cup, unlike at the 2014 Sochi Olympics where they were not allowed.

He said he hopes to get “some form of visibility in stadiums to show that LGBT football fans do exist and, just as much as any fan, we’re a valid part of the game.”

“Unless there is someone kind of putting their head above the parapet, it’s very easy for them to say we don’t exist,” he added. 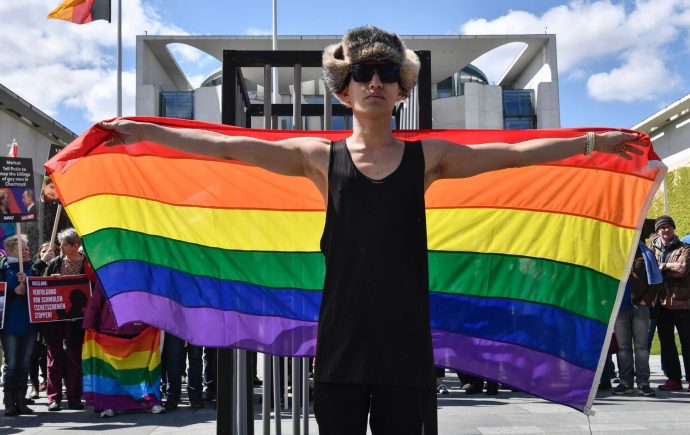 He resents the idea that he should “go out and almost go back into the closet and act butch,” saying that would make him complicit in “what we are trying to show is an issue.”

“We shouldn’t have to feel that we have to behave any differently than we would,” he continued. “It’s not like I’m going to be sticking my tongue down people’s throats or anything. I’m going out there for the football and to experience the World Cup.”