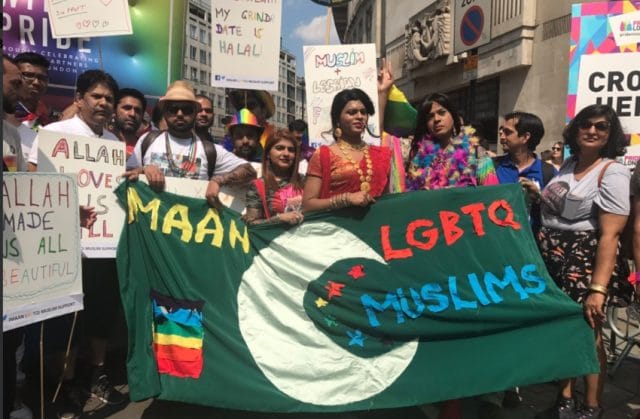 LGBTI Muslims will march at the front of the Birmingham Pride parade for the first time in its history.

Muslim groups will march alongside LGBTI people of color groups. They will also march alongside Andrew Moffat, the man who created the controversial ‘No Outsiders’ school program.

. Moffat created the LGBTI inclusive relationships schools program which has been at the center of protests and a national debate.

Hundreds of religious parents pulled their children out of Parkfield Community School in Birmingham in protest over the program. They argued teaching children about LGBTI couples went against their religious beliefs.

But now LGBTI Muslims and POC groups will flank Moffat as a sign of unity.

‘As a gay Muslim woman, visibility for me is more important than it’s ever been,’ Saima Razzaq told

Razzaq co-founded Supporting Education of Equality and Diversity in Schools (SEEDS) is response to the protests. SEEDS hopes to promote equality in education.

‘Whilst the fanfare outside schools continues, protesters need to understand that their actions will have a devastating impact on children from all communities,’ Razzaq said.

Members of SEEDS will flank Moffat at the parade. They will all also march alongside LGBTI Muslim group, Imaan and LGBTI POC group, Unmuted at Birmingham’s parade.