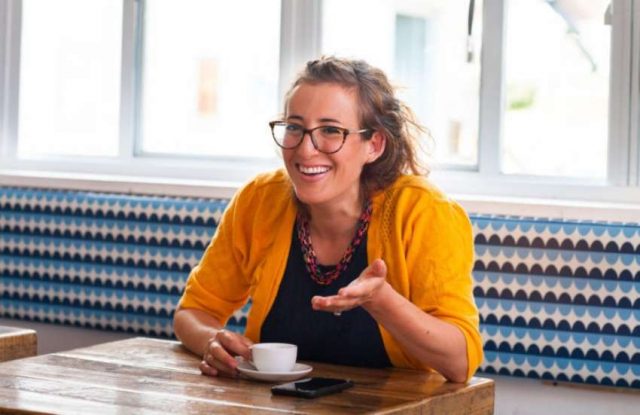 LGBTI people are far more likely to smoke than straight people, which is why quitting smoking as an LGBTI person is a huge achievement.

An Institute of Medicine (IOM) report found 20.6% of gay, lesbian or bisexual people were likely to smoke. That number increases to 35.5% for trans people. But only about 14.9% of people of heterosexual people smoke.

There are a lot of reasons why LGBTI people smoke cigarettes so much more than straight people. Peer pressure, societal stigma and mental health issues can lead LGBTI people into the path of a cigarette addiction.

UK based consultant Leah Ryz, took up smoking ‘to seem like one of the cool kids’. She actually didn’t enjoy smoking at first but as she got older the habit seemed to stick.

‘I was more of a social smoker, so if I was going out clubbing or having a few drinks I would have a cigarette and then I would come home and the habit would follow on from there,’ she said.

It wasn’t until Ryz decided to have children that she finally quit smoking cigarettes for good.

‘I knew smoking could impact fertility… so once we settled down and got married (to her wife) I wanted the best chance to have a healthy baby,’ she said.

‘My family means the world to me and I want to be healthy for them. Having them keeps me on the right track.’

For trans woman, Tania*, a big life change also spurred her to give up smoking for ever. Before she came out as trans, Tania, would use drugs, alcohol and cigarettes as ‘escapism to deal with the gender dysphoria’.

‘So I could rationalize smoking pretty easily,’ she said.

But then at the age of 25 she finally started seeing a gender therapist. During these sessions she learnt smoking while on hormone therapy, especially for trans woman, could be very dangerous.

‘So it was either one or the other, so I decided to quit,’ she said.

Tania turned to vaping to help wean her off smoking cigarettes and eventually quit all together.

‘Eventually I did just grow out of it,’ she said.

‘My life’s been a lot better since I cut all that shit out.’

Tania knew that her decision to quit smoking cigarettes was a matter of life or death and not just because cigarettes are harmful to health.

‘I have convinced myself that I would’ve died in a couple of years if I didn’t transition and I just wouldn’t be able to survive,’ she said.

‘I just wanted to be an adult and break that cycle and I knew had the potential to do something with my life and I didn’t want to waste that potential.’

For university lecturer, Meredith, smoking cost her financially and her mission now is to help other people quit.

‘I flirted with the idea of quitting for two years before I quit,’ she said.

‘I just reached a point of different scenarios where I couldn’t afford it anymore.’

Meredith wants to remind people how good it feels to quit smoking. She was able to taste food better and obviously,

‘Your morning coffee tastes better after you quit,’ she said.

‘This is what dawned on me the most, I have a couple of degrees and I genuinely I’m ok in the smart department, but that [smoking] was one of the stupidest things I’ve done.

‘And I really would like to help people avoid that, especially because of the long term effects it can have on you.’

Meredith’s tips to quit smoking are simple. Her first rule is: don’t ever start in the first place.

But for those already hooked on smoking cigarettes, she wants you to think about the people around you.

‘I guess when you’re a smoker you don’t give a lot of thought to your own health, but you don’t really think about what it does to other people around you that doesn’t smoke,’ she said.

‘For me, I used to smoke around people who I now know have asthma and they wouldn’t have said a word. It really annoys me that I didn’t think about that.’

Meredith admits she regrets her time as a smoker.

‘I chalk it up to experience, given my time again I just wouldn’t have done it,’ she said.