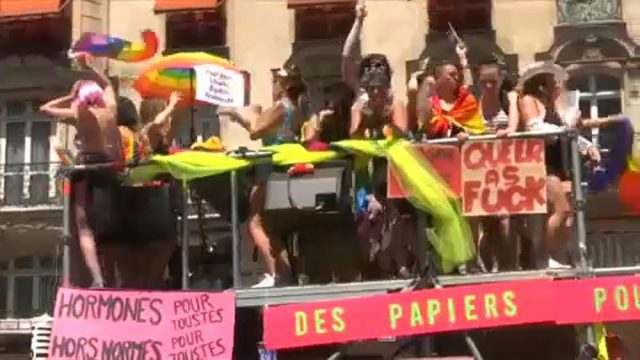 This year’s LGBTQ Pride March in Paris was one of the hottest, with temperatures around 36 degrees Centigrade.

But it didn’t put off hundreds of thousands of revellers from parading along the five and half kilometre route.

Pride events were held in many other European capitals on Saturday, including for the first time in Skopje in North Macedonia.

Macedonians are known to be socially conservative but they’re also keen to join the European Union and to do that they need to demonstrate that they accept the rights of minorities.

It was rather cooler in the Finnish capital Helsinki – only 19 degrees Centigrade – but just as exciting for the LGBTQ community.

This year for the first time ever a Finnish prime minister attended. Antti Rinne was accompanied by his wife.

And just two days before Finland’s Lutheran Archbishop Tapio Luoma said it was just a matter of time before his church accepted same-sex marriage. The church is the biggest in the country.