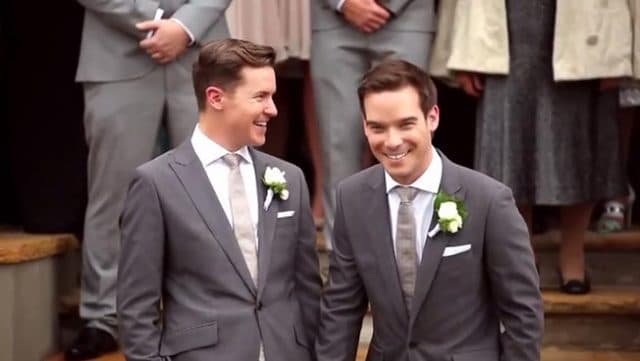 Dylan’s track (above) is the 1929 Neil Moret classic “She’s Funny That Way”, remade with a male pronoun.

June performs Noel Coward’s “Mad About the Boy”, Kesha takes Janis Joplin’s “I Need a Man to Love”, Gibbard tackles The Beatles’ “And I Love Her”, Kele switches The Temptations’ “My Girl”, and St. Vincent does the Crystals’ “And Then He Kissed Me”. All the genders are switched.

The album was funded by MGM Resorts International and its songs are intended to function as wedding anthems for same-sex couples. Gay weddings account for between 20 percent and 30 percent of the ceremonies performed at the company’s 15 hotels in Las Vegas, said Jim Murren, its chief executive.

Listen to the EP in full below if you have Spotify, and Dylan’s track up top.