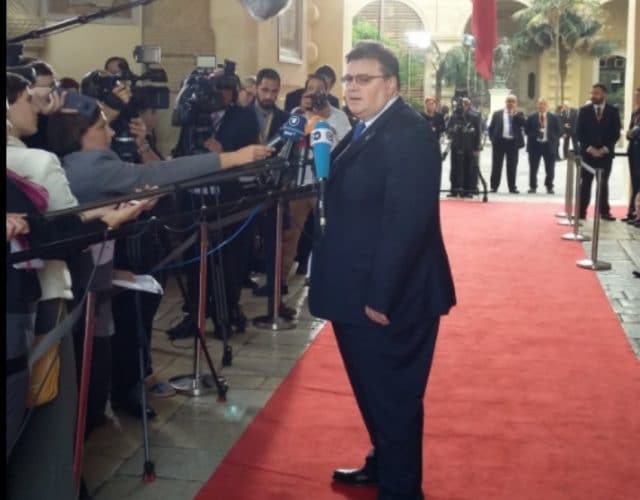 Lithuania has become one of the first countries to give refuge to men fleeing Chechnya because of their sexuality.

It was revealed in April that the Chechen government was detaining, torturing and even killing gay and bisexual men.

‘I can confirm that we have issued visas to two who came from Chechnya, who were persecuted because of their sexual orientation,’ he told the Baltic News Service.

Today is zero-tolerance day against hatred, fear, discrimination of all forms of sexuality. Denying reality is not an option | #IDAHOT2017

Linkevičius said Lithuania was one of the first countries in the European Union to provide asylum to men from Chechnya and called on other European countries to do the same.

‘We have consistently raised these issues with the EU, and in the parliamentary structures of the Council of Europe,’ he said.

‘With respect to the opportunity to help and, if necessary, granting asylum, we will coordinate with allies.’