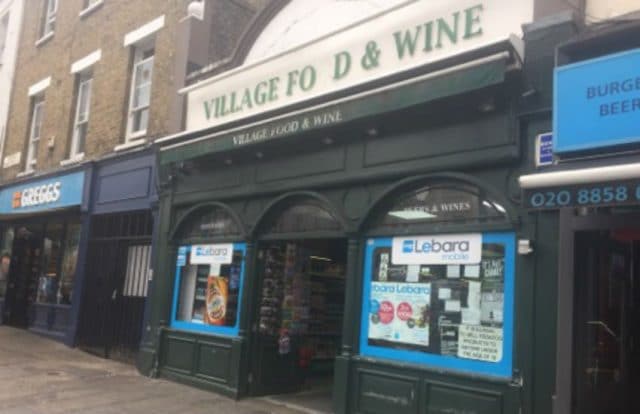 After backlash, the landlord said: ‘It was a mistake’

A London landlord shocked potential tenants when he posted a double room for rent but only if you’re not poor or gay.

Amanda O’Leary noticed the ad while walking past a Greenwich High Street shop window, in the south east of the UK capital.

‘I was completely shocked,’ O’Leary told Gay Star News. ‘At first I just laughed because I thought, “Is this a joke?”‘

She took a photo of the ad and posted it on Facebook, which has since been shared multiple times online. 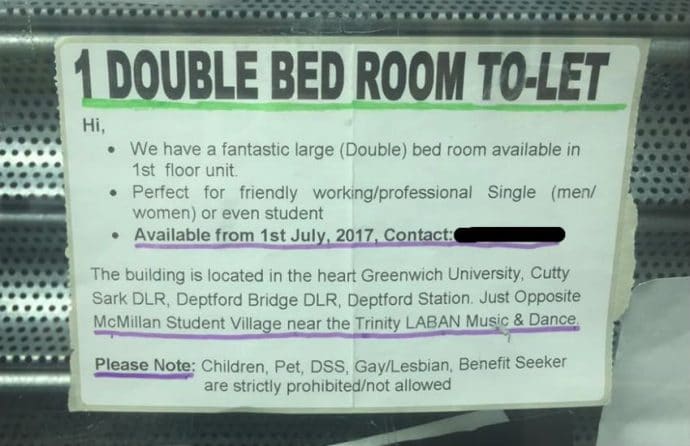 She said: ‘You absolutely cannot single people out like that. There’s absolutely no reason why a gay person can’t rent the room.

‘It’s so offensive and it has upset a lot of people,’ she added.

She said: ‘The person must be absolutely stupid to think they can write something like that and post a phone number and get away with it.’

Gay Star News contacted the number on the advert. We spoke to Sharaf Ahmed who said he is not the landlord – just a middleman.

When asked why the ad says no gays and lesbians should apply, he responded: ‘Those were the rules from the landlord.’

And when asked if Ahmed knew why the landlord specified no gay or lesbian applicants, he said he didn’t know.

The landlord refused to talk to Gay Star News and instead, told Ahmed to tell us: ‘It was a mistake.’

He said he will take down the sign as soon as possible.

O’Leary said: ‘People need to know that this can’t happen anymore. We’re not in the dark ages.’