Home Gay Life London Police Are Looking For Men Who Attacked A Gay Couple On... 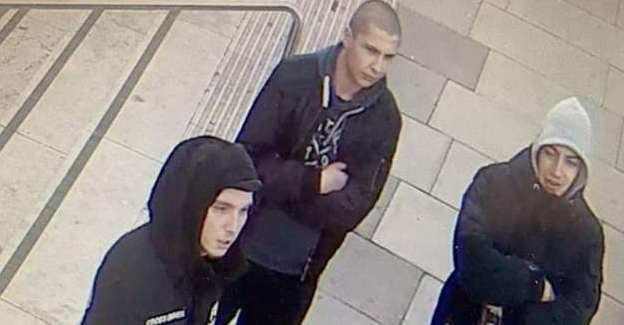 Three thugs are in some deep trouble and the odds are stacked against them.

According to Metro News, a gay couple was attacked by a group of men. The victims, aged 28 and 31, were holding hands when they were attacked in the afternoon on New Year’s Day.

The two men suffered facial injuries and bruising after being attacked in the South Bank area of London. That said, the injuries were minor and don’t warrant hospital treatment.

According to DailyMail, London police say that the group of men ran in the direction of Oxo Tower around 2:30 p.m. after the incident. They also released an appeal asking for any information that could help catch the criminals and the above photo of the men. The image came from surveillance footage of the surrounding area.

All three men were described as white, in their mid-20s, and wearing hooded tops.

If anyone has any information about any of the suspects, you can tweet @MetCC, contact police at 101, or call Crimestoppers at 0800 555 111.