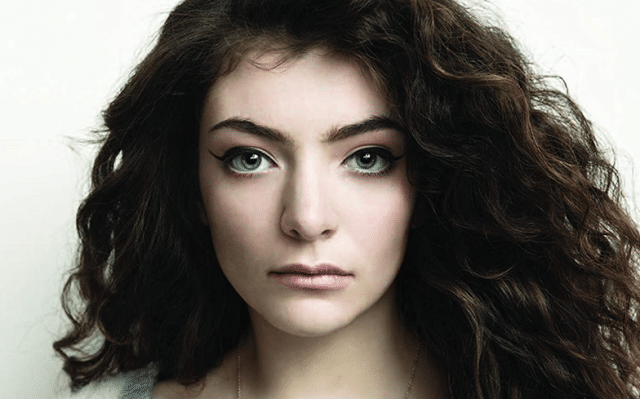 Yaaas! Lorde has started work on her third studio album.

Earlier this week, the singer-songwriter paid tribute to her sophomore effort, Melodrama, on its two-year anniversary via Instagram and said the highly-anticipated follow-up is “in the oven”.

“Apparently Melodrama came out two years ago today,” she wrote on her stories.

“Want to say thank you for how you took that record and made it your own. Swells my damn heart thinking about your love for it and your willingness to go there with me and to dance the way we did together.

“The day it came out I did a jigsaw puzzle all day in my hotel room in NY. I felt so emptied, I didn’t really know yet that you make a record and get filled up and then realising it empties you and then slowly fills you up again.”

She continued by telling fans that she’s grown up “a lot since then” because she now has a dog, a cat, and can “bake bread, cook dinner and keep plants alive” (we can guess a few song-titles already).

Lorde added: “Thank you thank you. Third one in the oven.”

See the full statement below. 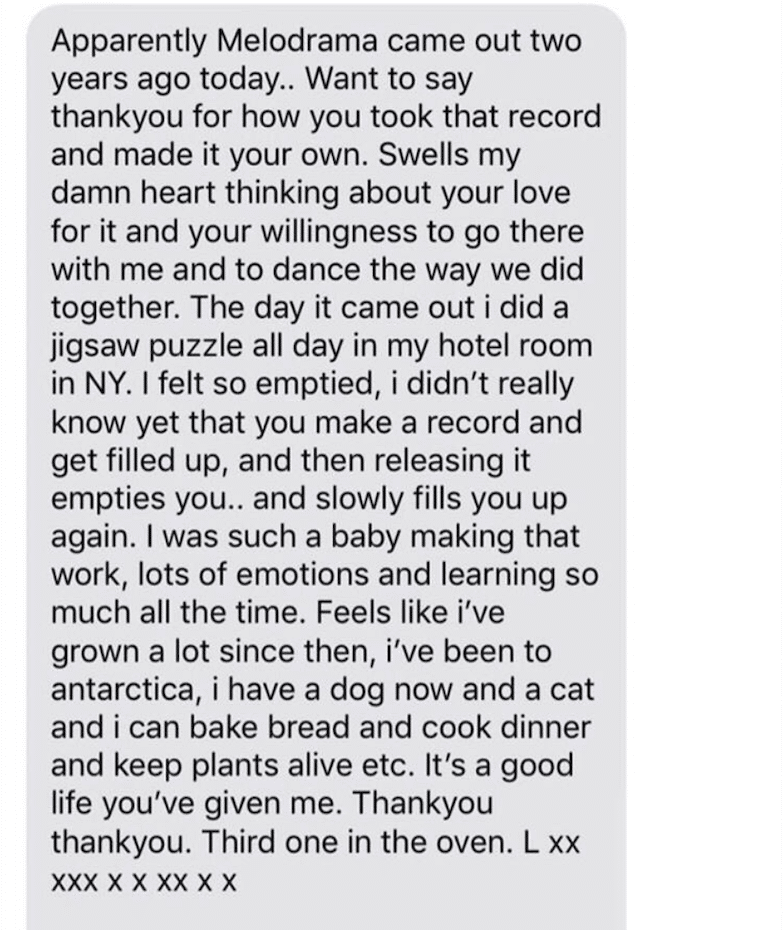 When Melodrama was released back in 2017, it received universal acclaim from critics and became her first number-one album in the United States. It spawned singles such as Green Light, Perfect Places and Homemade Dynamite.

Her debut, Pure Heroine, also received positive reviews and included the UK and US number-one, Royals, Tennis Court and Team.