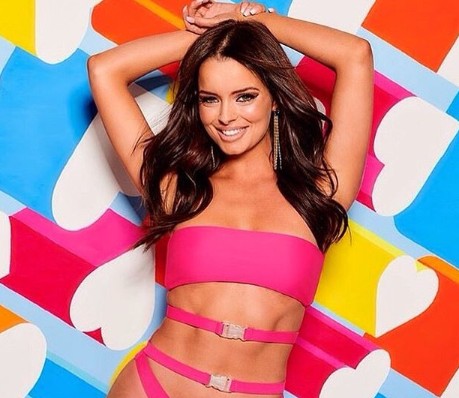 Love island’s Maura Higgins has been issued warned by the show’s bosses after it emerged she shouted a gay slur.

The 28-year-old was seen using the term “f****t” while on holiday in Dubai, the MailOnline revealed.

She is believed to be saying a quote from the comedy film The Hangover, which starred Bradley Cooper.

An ITV spokesman said: “We do not tolerate any offensive language in the villa.

“We speak to all of the islanders to remind them of what we condone to be acceptable behaviour during their time on the show.”

Last year, Love Island star Katie Salmon spoke out about the biphobia she experienced after having a same-sex romance on the show.

The reality star appeared on Love Island in 2016, and had an on-air relationship with fellow contestant Sophie Gradon, which to date remains the show’s only same-sex relationship.

Salmon, who is bisexual, spoke out to mark Bi Visibility Day, while appearing on the BBC’s Victoria Derbyshire programme.

She explained that after coming out as bi on Love Island, she was shocked to encounter negative attitude within the LGBT+ community.

She said: “When I came off the show, I was reading a few tweets and seeing some of the things the gay community had been saying in Liverpool—just throwing some shade, saying, ‘No, she’s not, who knew that about her?

“Because I had obviously been in [the closet] for so many years and never done it so publicly.

“I felt like they all doubted me and were criticising me, and just treated it like, ‘She’s doing it for another reason, that’s not really who she is.’”