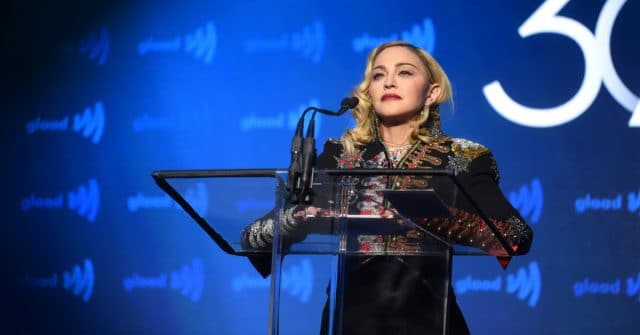 English actor and director Dexter Fletcher would be up for doing a film about Madonna next, following his recent success with Elton John biopic Rocketman and Freddie Mercury biopic Bohemian Rhapsody.

Directing a Madonna biopic would be “a real rollercoaster ride,” Fletcher told GSN.

Fletcher said, “If I was to tackle any other icon like that, it would be her. She’s extraordinary.”

Asked if he’d considered making a film on the Material Girl’s life before, he said, “No… no it hasn’t. I don’t know how happy she’d be about that [idea]… But what an extraordinary life that would be.”

Rumours previously circulated in 2017 that a Madonna biopic was in the works, but the singer shared her distaste for the idea on Instagram, writing, “Nobody knows what I know and what I have seen. Only I can tell my story. Anyone else who tries is a charlatan and a fool. Looking for instant gratification without doing the work. This is a disease in our society.”

Fletcher is known for acting in Guy Ritchie’s film Lock, Stock and Two Smoking Barrels. He stepped in to direct Bohemian Rhapsody in December 2017, after director Bryan Singer was dropped from the project in the middle of production.

He said, “Bohemian Rhapsody was an incredible opportunity as a relatively new director, and about to embark on their biggest project to date, to go and do something of a comparative size, to get my toe in the water.”

“I was excited by it. I didn’t have an emotional attachment to Bohemian Rhapsody, not the same way I did with Rocketman. For me it was a bit of a no-lose situation. If the film had not been received well, I could say, ‘Well, I just came in and did what I could.’ Now the fact it has done well, I can bask in a little of that glory.”

Rocketman is out now in UK cinemas.