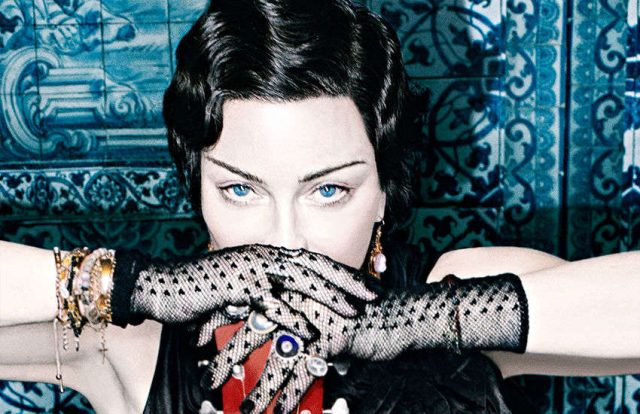 You’ve doubtless heard Madame X’s undeniably fresh lead single; a relaxed, catchy, mid-tempo Latin bop, named after the Columbian city, that’s better than Living For Love/Give Me All Your Luvin’ combined. It’s the first of many nods on this album to the Spanish sexiness of 1987’s La Isla Bonita.

For me, it has the edge on 4 Minutes, too – thanks to Maluma, whose gruff, sexy guest vocals throw Justin Timberlake’s in the squeaky shade.

The moderate tempo continues as Madonna returns to themes of gender/sexism explored in 2001’s What It Feels Like For a Girl.

‘I can dress like a boy, I can dress like a girl,’ she spits before a lone piano; a beat kicks in, processional darkness falls. Then, it transforms into something playfully futuristic: ‘Say that I’m a witch and burn me at the stake’ she teases through an operatic vocoder.

Unwieldily but brilliant, God Control is a melded-together pop epic that, musically at least, is about lack of control. 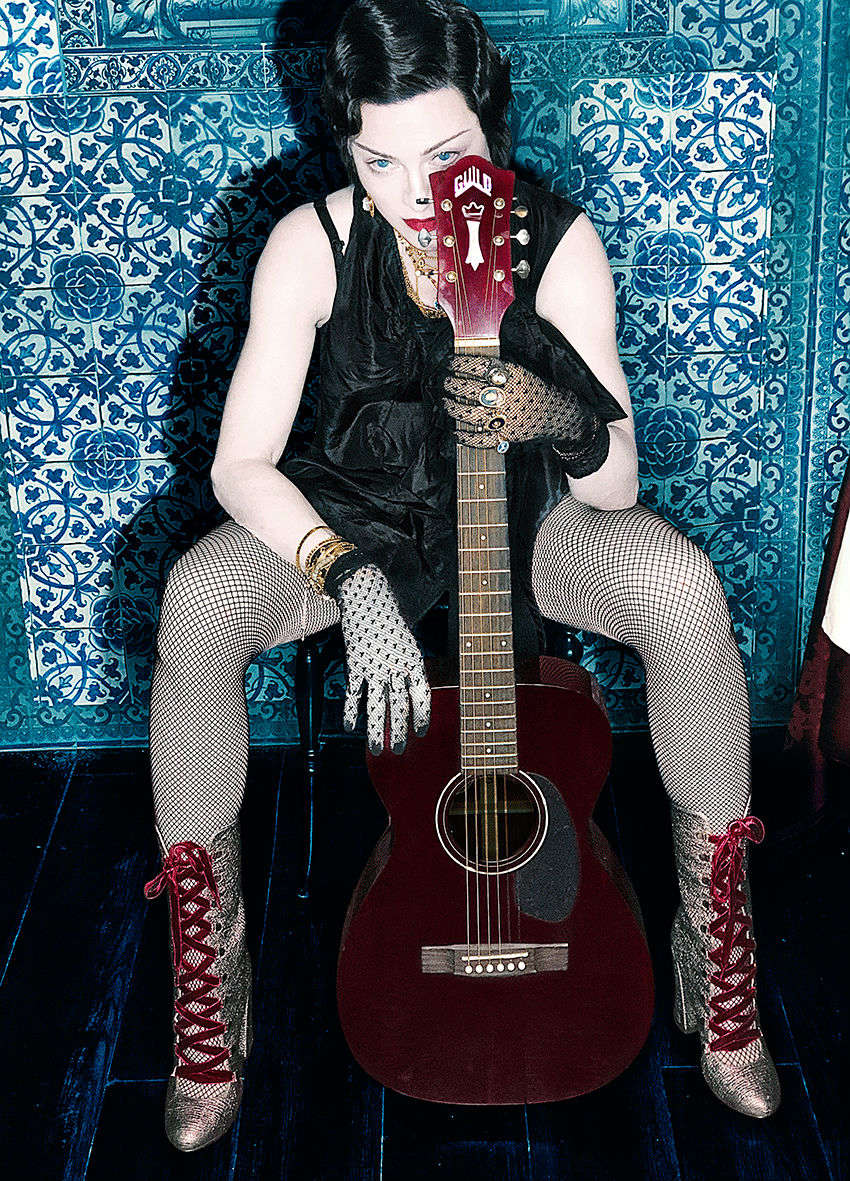 After Medellin’s disappointing chart performance, a strong choice of promotional single would’ve been helpful for Madame X. Despite its trendy dancehall vibes, arresting trumpets and Quavo’s velvety vocals, did the plodding Future do the job?

Still, it’s thrilling to hear Madonna sing of endurance and survival (‘Not everyone can come into the future, not everyone that’s here is gonna last’) and reference one of her most iconic hits (‘Don’t tell me to stop, ‘cause you said so’). How many artists get to do that?

Still, it works, as world music and an untold number of instruments combine to elevate a fiercely political message: ‘get that old man, put him in jail, where he can’t stop us, where he can’t hurt us’. 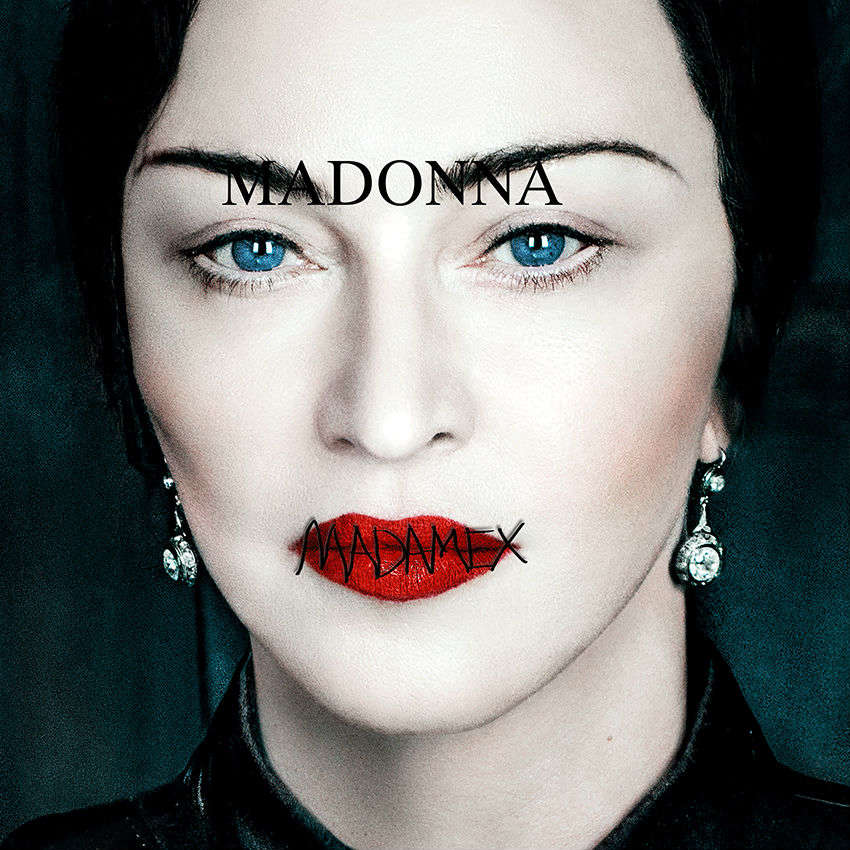 Madame X’s clunky lyrics have already been much-discussed – certainly more than the good ones. Mercifully, the bad are mostly confined to a few songs. As the title suggests, Killers Who Are Partying is one of them.

It’s not actually about partying – although partying comes up again and again elsewhere, and can get tiresome – but rather, another lyrical preoccupation of Madonna’s, injustice. The opening gambit – ’I will be gay, if the gay are burned’ – is well-meaning but doesn’t land. And mysterious, circus-like melody doesn’t help. Next: ‘I will be Africa, if Africa is shot down,’ and ‘I will be poor, if the poor if the poor are humiliated’. It gets worse.

This might’ve worked as a one-minute interlude with some of the really challenging lyrics taken out. But at 5:46 minutes, it’s an album low point. Avoid.

Featuring twangy guitars and gentle rap from Swae Lee, this languid ode to obsessive love was the second single from Madame X. For my money, it was too indistinct for the job, and the vocal delivery is wishy-washy.

It’s a little faster than Crave, but Crazy is still simple and sparse, so the two bleed together a little too easily. Neither are songs I’m likely to remember much in the future.

There’s at least more oomph in Madonna’s voice here, as she takes negligent lover to task in English and Portuguese. I also love the concertina at the start.

After a mid-album slump, this is a poppy little palette cleanser.

‘I don’t want your opinion, who you talking to? Stand up now, I don’t wanna blend in, why you want me to?’ she lulls gently to a pretty tune. I do love it when Madonna’s rebellious spirit is bathed in warmth and happiness. (The title track of her last album, Rebel Heart, being an under appreciated example of this).

Translating from Portuguese to English as ‘makes delicious’, Madonna takes control of the steering wheel (and hits the accelerator) with the fiery, Latin-inspired Faz Gostoso. It could be a vintage Jennifer Lopez song, and takes the album in a new direction.

An exciting, surging dance track featuring a charismatic turn from Brazilian pop star Anitta, the lyrics aren’t exactly poetry – ‘move your body, I said come, do it good, you know how I like to party’ – but they’re issued with enough urgency and passion to separate the song from the shallow immaturity of Bitch I’m Madonna.

This intense reggaeton banger is Maluma’s second guest spot. He’s just as sexy here as on Medellin – especially his cheeky laugh at the end. In fact, even the way he pronounces Madonna’s name at the start makes me weak at the knees.

Where Medellin and umpteen other songs are unpredictable and experimental, Bitch I’m Loca is direct. It’s a pulsating, heatedly sexy dance duet reminiscent of Chantaje, Maluma’s song with Shakira. Albeit with a slighter weaker hook. (I also just accidentally played it over Shakira’s Loca, and liked the effect).

Again, I initially had thoughts of Gaga at her most ridiculous. (Specifically the spoken word/spacey-‘we-have-lift-off’ opening of Venus). But once it gets going, disco stomper I Don’t Search I Find is pure class. It’s like a Confessions number that criminally ended up on the cutting room floor last time.

Elsewhere, this self-empowerment anthem features heartfelt lyrics that are positively autobiographical. I for one am glad Madonna possesses such resilience, given some of the demented commentary around her of late.

‘There’s nothin’ you can do to me that hasn’t been done,
Not bulletproof, shouldn’t have to run from a gun,
River of tears ran dry, let ’em run,
No game that you can play with me, I ain’t one.’

The most striking feature of I Rise is its spine-tingling opening – the rallying cry of a young activist.

‘Us kids don’t know what we’re talking about, that we’re too young to understand how the government works,’ Emma Gonzalez, a student at Marjory Stoneman Douglas High School in Florida, is heard addressing a crowd. ‘We call BS!’

Using the February 2017 shooting, where 17 people lost their lives as jumping off point is a risky move, and it wouldn’t have gone down well on some of Madame X’s other tracks. But I Rise is a robust, powerful ballad. Like the majority of Madame X, it has backbone.